Defendant’s pal: 'Will Smith attacked my friend after crash' 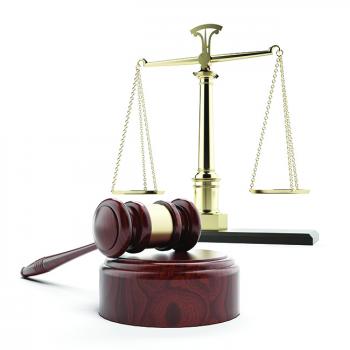 By KEVIN McGILL, The Associated Press

NEW ORLEANS — Anger and anguish were evident in a New Orleans courtroom Thursday as a friend of the man on trial for killing retired Saints star Will Smith repeatedly insisted that Smith and his friends were the aggressors following an April 9 traffic crash that was followed by heated words and multiple gunshots.
Kevin O’Neal is a longtime friend of second-degree murder defendant Cardell Hayes. And he was a passenger in Hayes’ Hummer when it ran into Smith’s Mercedes SUV.
“He attacked this man from the beginning,” O’Neal said of Smith as he was questioned by Orleans Parish Assistant District Attorney Laura Rodrigue.
Pointing to Hayes, he added: “At no point in time — my God’s honest truth — did I ever see the man get angry or attack anyone at the scene of this crime.”
O’Neal repeatedly said Hayes displayed no hostility or aggression.
“He’s got a loaded .45 in his hand,” Rodrigue said.
Questions and answers sometimes drifted from facts of the case to the effects of the shooting on those left behind. Rodrigue showed O’Neal and the jury a picture of one of Smith’s three children and lamented that Smith didn’t live to see the boy’s approaching eigth birthday.
“I’m sorry,” O’Neal said. “Cardell’s already missed his son’s birthday.”
Hayes has been jailed since the shooting.
At one point a woman could be heard crying in the area of spectators where Smith’s widow, Racquel, who was hit in the legs by gunfire, was sitting with supporters.
At another time, defense attorney John Fuller angrily leapt to his feet and demanded a mistrial after Rodrigue read remarks, attributed to O’Neal, that Fuller was a “sellout” who “gets people off on technicalities when they’re guilty.” State District Judge Camille Buras denied the motion. O’Neal later said the remarks were taken out of context.
Unlike other witnesses, O’Neal gave no indication that the April 9 argument had cooled before shots were fired. He agreed with previous witnesses that Racquel Smith had tried to push her husband back and calm him down. “He was throwing her off,” O’Neal said.
The defense doesn’t dispute that Hayes fired the shots. At issue is whether he was the aggressor or he legitimately feared for his life and safety in the dispute that followed the crash.
O’Neal said he and Hayes were set upon by Smith and “an entourage” following the crash. They did not realize who Smith was at the time of the shooting, O’Neal said.
Under questioning from Rodrigue, O’Neal said he tried to restrain Smith for a time but also intervened as two other friends of Smith tried to rush Hayes. He said the last time he saw Smith alive, Racquel Smith was trying to push Smith away from the confrontation.
Racquel Smith and witness Pierre Thomas, a friend and former teammate of Smith’s, had testified earlier that Racquel had succeeded in calming Smith, bolstering the prosecution assertion that there was no reason for Hayes to shoot the unarmed Smith.
O’Neal painted a scene of post-accident chaos in which at least two people with Smith display hostility. He said one of Smith’s friends, later identified as Richard Hernandez, had exited Smith’s SUV and had stripped off his shirt — a sign, Hernandez acknowledged on the stand Wednesday, that he was preparing for a fight.
Prosecutors have downplayed any threat the two men might have posed, saying both of Smith’s friends were smaller than Hayes and O’Neal. Defense attorney John Fuller and O’Neal indicated Hernandez appeared menacing. “He had tattoos on his face. Tattoos everywhere,” O’Neal said.
No facial tattoos were visible when Hernandez testified Wednesday. Fuller suggested Hernandez was wearing makeup or the tattoos had been removed. Rodrigue indicated during her questioning that O’Neal might have misidentified Hernandez.
Smith’s death came at the end of a day when he and his wife had attended a festival in the French Quarter, spent time at a bar and two restaurants. They, and friends in other vehicles, were heading toward downtown New Orleans after leaving the last restaurant when the incidents leading to the shooting began.
Video from businesses on New Orleans’ Magazine Street shows Smith’s SUV stopping short — perhaps lightly hitting — an orange Hummer, driven by Hayes. Moments later, Hayes’ Hummer rear-ended Smith’s SUV a few blocks away. Prosecutors say it was a willful ramming. The defense says it was an accident as Hayes was attempting to get a license number and call 911 after the earlier bump.
Hayes was armed when he got out of the Hummer. Smith was not armed but there was a loaded gun in Smith’s vehicle. The defense says Smith was moving to get the gun when Hayes fired, hitting Racquel Smith in the legs and Will Smith once in the side and seven times in the back.