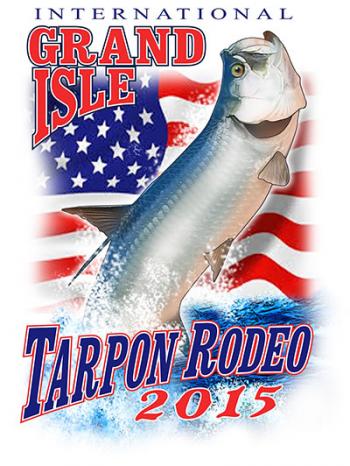 GRAND ISLE (AP) — Thousands will descend on Grand Isle this weekend for the International Grand Isle Tarpon Rodeo.
“We’re ready. We’re ready for the excitement,” Mayor David Camardelle told The Courier.
The rodeo, which began in 1928, is touted as the oldest fishing tournament in the United States.
Camardelle said the rodeo weekend draws about 30,000 people to the island, which usually has fewer than 1,500 people.
“This is where the bread and butter’s made,” he said. “Even though we’ve been having a great summer, this is the granddaddy of them all.”
Jefferson Parish public works employees have been busy preparing the area near the Sand Dollar Marina and pavilion, which will be the site for crab races, shrimp boils, craft vendors and live music throughout the weekend.
Superintendent Jason Montagino said public works crews are stationed for about 10 days on the island for the rodeo.
They help clean, cut grass, ice fish and complete whatever else needs to be done to pull off the event.
Even though it’s hard work, Montagino said he looks forward to the people and the atmosphere of the event each year.
“I wouldn’t be here 19 years if I didn’t love it,” he said.
For most businesses on the island, the weekend is the busiest of the year.
“I just hope a lot of people come so we can make some money with all we spent,” said Arthur Bradberry, owner of Artie’s Sports Bar.
Bradberry said he’s spent about $25,000 on extra security, entertainment and inventory, including 1,700 cases of beer.
He pointed to the rodeo’s leadership as one reason he expects a good turnout this year.
“I think this is going to be one of the better years we’ve ever had. I’m feeling good about it,” he said.
While the weekend has become known as much for the party as the sport, the rodeo has become more family oriented during the past decade, Camardelle said.
“What I like is to see the kids and the mother’s holding them and they’re asking, ‘Momma, what type of fish is this?’ And they show them and the fathers tell them, ‘This is a tarpon. This is a flounder,’” he said. “Family, that’s the main thing.”