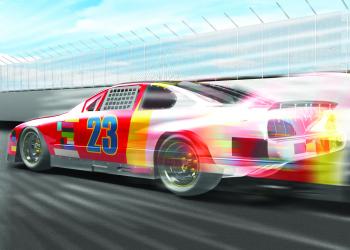 INDIANAPOLIS — Kyle Busch used his first Brickyard 400 victory as a springboard to his first Sprint Cup title.
He’s trying to make sure it happens again.
Another dominant weekend at Indianapolis sent Busch home with a historic sweep, a reputation for having tamed Indianapolis’ tricky 2.5-mile oval and plenty of momentum heading into the chase.
“To come out of here, at a place this hard to race and be able to have two years like this, I think, is really special,” team owner and Super Bowl-winning coach Joe Gibbs said. “That’s a tribute to him, the team and (crew chief) Adam Stevens.”
If Busch keeps driving this well, he’ll be impossible to catch.
He posted the fastest laps in both of Friday’s practices, the best speed in two of the three rounds of Cup qualifying Saturday and led a record 149 laps in the double overtime race that went 10 laps longer than the scheduled 160.
Busch also won the Xfinity Series race from the pole while leading all but one lap, and the first of two heat races.
It’s the first time a NASCAR driver has captured two poles and two wins on the same weekend, and he joined Jimmie Johnson as the only back-to-back winners of the Brickyard. Johnson finished third Sunday.
Busch was so strong at Indianapolis, that he overshadowed Jeff Gordon in his comeback and Tony Stewart in his farewell race on their home track.
Now Busch is looking to replicate the aftermath of last year’s two-race Indy sweep — building off the momentum at Pocono as the title quest nears.
“I thought last year the momentum did carry over,” he said. “We won this race and then we were running right behind Joey Logano for much of the last stint at Pocono, and we thought we had just enough fuel to make it. We didn’t. We ran out.”
Here are some other things learned from Sunday’s race:
FOND FAREWELL: Gordon and Stewart both missed out on top-10 finishes. Stewart wound up 11th after a late speeding penalty on pit road. Gordon, who replaced the injured Dale Earnhardt Jr., wound up 13th in his season debut. And after the race, Stewart and Gordon — two Indiana drivers who were once rivals — took one final, slow lap around the track together to thank their home-state fans.
STRONG EFFORT: Busch won the race, but Gibbs had two other cars in the top four. Matt Kenseth, the New Hampshire winner, was second, 2.126 seconds behind Busch. Denny Hamlin overcame a speeding penalty to finish fourth. Carl Edwards looked like he would have a top-five finish before crashing late in the race.
NOTHING’S SAFE: While Busch clearly had the dominant car, the closing laps made him nervous. There were three restarts with less than 10 laps to go and each time, Busch managed to pull away and hold on for the win. He just wasn’t happy about it. “I certainly didn’t want one, let alone five of them or however many we had.”
SECOND ACT: Busch’s brother, Kurt, already has raced in the Indianapolis 500. After winning each of the last four NASCAR races at Indy, the two-time Brickyard winner was asked if he wanted to follow his brother’s lead and try the 500. “Well, I won’t be following in his footsteps. I’ll be doing my own footsteps. It certainly may open some avenues, I’m not sure.”
PENSKE PROBLEM: Roger Penske has won more May races at Indianapolis than any team owner. He still doesn’t have a Brickyard win. With Busch’s car so strong, Penske’s two drivers relied on a strategy of stretching out their fuel to make one fewer pit stop. It didn’t work against Busch, either. Logano finished seventh. Brad Keselowski was 17th.