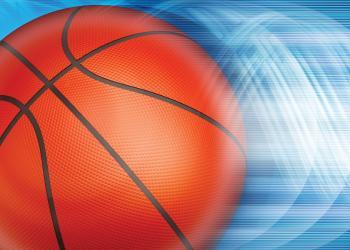 This is an exciting announcement for our organization and our fans.
New Orleans, Louisiana

The New Orleans Pelicans announced Wednesday their schedule for the 2014-15 regular season.
The Pelicans will open the season with consecutive homes games at the Smoothie King Center, with contests Oct. 28 against the Orlando Magic and Nov. 1 against the Dallas Mavericks.
New Orleans travels to face the Memphis Grizzlies in its first road contest on Nov. 3.
“This is an exciting announcement for our organization and our fans,” Pelicans Owner/Chairman of the Board Tom Benson said in a news release. “We can’t wait to get the season started and show everyone how hard our team has been working this offseason.”
The Pelicans will host the defending NBA Champion San Antonio Spurs Dec. 26, and will close out the season against the Spurs April 15.
A highly anticipated matchup against the Cleveland Cavaliers takes place Dec. 12.
New Orleans is scheduled to appear on national television 10 times this season. ESPN will broadcast the Pelicans’ home matchup against the defending Eastern Conference Champion Miami Heat Feb. 27. TNT will feature New Orleans’ road contest against the Golden State Warriors Dec. 4. Additionally, eight Pelicans games will be televised on NBA TV this season: at San Antonio (Nov. 8), at Utah (Nov. 22), vs. Washington (Jan. 5), at Boston (Jan. 12), vs. Atlanta (Feb. 2), vs. Chicago (Feb. 2), vs. Toronto (Feb. 23) and at Houston (April 12).
The Pelicans will play 18 of their 41 home games on Friday (10), Saturday (4), or Sunday (4).
All home games will tip off at 7 p.m., with the exception of the four Saturday home games beginning at 6 p.m. (Nov. 1 vs. Dallas, Dec. 20 vs. Portland, Feb. 6 vs. Chicago, March 7 vs. Houston), three Sunday home games beginning at 5 p.m. (Dec. 14 vs. Golden State, Jan. 25 vs. Dallas, March 15 vs. Denver), and one Sunday home game tipping off at 3 p.m. (March 29 vs. Minnesota).
New Orleans’ longest home stand takes place Jan. 25-Feb. 4, featuring six contests (with games against Dallas, Philadelphia, Denver, L.A. Clippers, Atlanta and Oklahoma City).
The Pelicans travel for their longest road trip of the season from Jan. 12-19, featuring five away games against Eastern Conference opponents (with contests against Boston, Detroit, Philadelphia, Toronto and New York).
The Pelicans will play Southwest Division rivals (Dallas, Houston, Memphis and San Antonio) four times each (twice at home/twice on the road). The same holds true for Pacific and Northwest Division foes, with the exception of the Utah Jazz (one away game on Nov. 22), the Portland Trail Blazers (one home game on Dec. 20), the Los Angeles Clippers (one home game on Jan. 30) and the Phoenix Suns (one away game on March 19).
New Orleans also will play each team in the Eastern Conference once at home and once on the road.