Cassidy prepares for role as senator 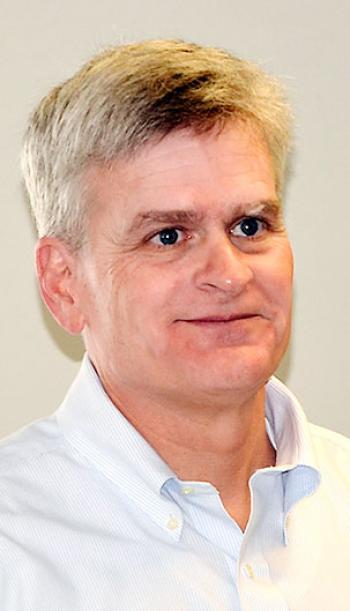 BATON ROUGE (AP) — Republican U.S. Rep. Bill Cassidy returns to Washington on Tuesday, to begin preparations for his transition to the Senate, after his decisive weekend victory over Democratic incumbent Mary Landrieu.
In addition to the many orientation tasks, Cassidy also has a meeting scheduled with incoming Senate Majority Leader Mitch McConnell, where he expects talk of committee assignments will come up.
He already knows he’s gaining a position on the energy committee, a promise McConnell made to Cassidy earlier this year to help undercut Landrieu’s touting of her committee position as essential to energy-rich Louisiana.
Cassidy posted a 12-point victory in Saturday’s runoff over Landrieu, a three-term incumbent and Louisiana’s last statewide Democratic elected official. With her defeat, Democrats no longer hold a single U.S. Senate seat in the Deep South and the GOP pushed its new Senate majority in January to 54.
The Republican congressman from Baton Rouge ran a campaign on a singular message that worked for other GOP candidates across the country: his opposition to the policies of President Barack Obama. He repeatedly tied Landrieu to the unpopular president, undercutting her message that the race should be about local politics, not a national referendum.
“If there’s one thing I think the election results of Nov. 4 and Dec. 6 have said loudly and clearly is that the American people are unhappy with the president’s agenda,” Cassidy said in an interview.
The day after his election win, Cassidy said he went to church, cooked a pot of gumbo with his wife and celebrated with family, while trying to return hundreds of text messages, emails and phone calls of congratulations. By Monday, he was making the rounds of media interviews before his Tuesday trip back to Washington.
After running a campaign light on policy specifics, Cassidy described his main priority for his transition to the Senate: “How do we create better jobs with better benefits with more job security for the average working family?”
To do that, he said Obama’s signature health care law must be reversed and domestic energy production must be bolstered.
On energy, Cassidy wants restrictions removed on oil and gas drilling on federal lands, construction approved for the Keystone XL pipeline and expedited permitting created for terminals to export liquefied natural gas. He said easing restrictions and speeding those types of projects would create jobs in both manufacturing and construction.
On health care, he said the federal law “needs to be uprooted and replaced,” though he said some of its infrastructure could be repurposed.
For example, he said the health insurance mandate should be scrapped, but suggested the online insurance marketplaces could be used to let people to shop for voluntary coverage without the current restrictions about what must be included in those policies.
But with an agenda so at odds with a president who can veto the legislation, it didn’t appear that Louisiana’s new senator-elect would find much ground for compromise with the Democratic-controlled White House.
“My interest is not in opposing the president,” Cassidy said. “My interest is in sticking up for the working families who have suffered over the last six years. If it is his policies that are making it harder for working families, I’m not interested in helping the president.”