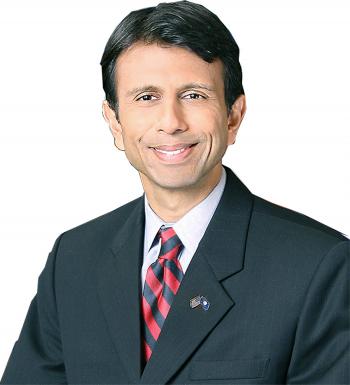 As the stalemate stretches into its second week, uncertainty lingers, however, about whether agencies can continue to hold off the partial government shutdown’s impacts on their federally funded programs.
Baton Rouge, La.
By MELINDA DESLATTE
Associated Press
Louisiana’s state agencies remain largely unaffected by the federal government shutdown, with road construction on track, food stamps delivered and other programs continuing despite the disruption in Washington — so far.
As the stalemate stretches into its second week, uncertainty lingers, however, about whether agencies can continue to hold off the partial government shutdown’s impacts on their federally funded programs.
For example, a nutrition program for an average 140,000 women and children in low- to moderate-income families per month has funding through October. The state Department of Health and Hospitals doesn’t know yet what will happen for November if a deal isn’t struck between Democrats and Republicans in Washington.
Other health department programs that are assured federal funding only through Oct. 31 provide inpatient treatment for mothers with addictive disorders and guidance to poor, first-time mothers on how to care for their newborns.
“If the shutdown continues for an extended period of time, the department will work to identify alternative support for critical services that could be impacted,” DHH Secretary Kathy Kleibert said in a statement.
A program overseen by DHH that distributes food to the elderly already has been disrupted because the federal funding stopped flowing when the shutdown began.
Similar disruption possibilities loom for social services programs paid with federal dollars, like food stamps, child care assistance and welfare. Those are covered through October, with no word yet about what recipients can expect a month later if the stalemate drags on.
More than 866,000 people in Louisiana receive food stamps, costing $120 million a month.
“There are no impacts to us at least through the end of October,” said Trey Williams, spokesman for the Department of Children and Family Services. “We’re still assessing what, if any, impacts will occur in November, through dialogue with some of our federal partners.”
Williams said the department hasn’t received a lot of worried phone calls yet. He said the agency expects to have more guidance from the federal government next week on what type of funding will be available for November.
Louisiana’s state budget relies on a significant amount of federal funding.
Of the more than $25.4 billion allocated for state services and programs in the current fiscal year, $10.3 billion of that is from the federal government — to pay for highways, education, social services, health care and disaster recovery.
Many state agencies already received dollars in block grants or they can restructure their internal financing to cover gaps until they start receiving federal checks again. Reimbursement paperwork, in many instances, simply will have to await workers to return to the federal agencies to process the claims.
The state Department of Transportation and Development faces no disruption in its federally funded road work because it’s still spending the dollars allocated to Louisiana during the last fiscal year, according to Rodney Mallett, spokesman for DOTD.
“We have not been affected. We don’t foresee any impacts,” Mallett said in an email about the Washington shutdown.