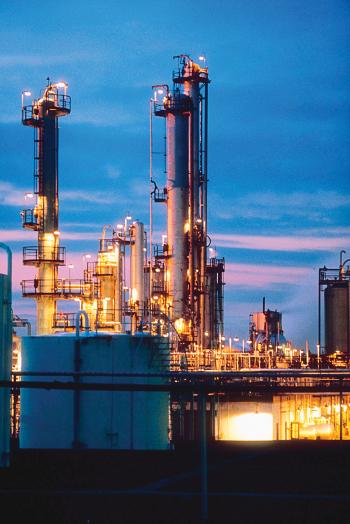 The Associated Press
New figures show Louisiana's economy grew by 1.3 percent in 2013, lagging neighboring states and the nation.
Gross domestic product numbers released Wednesday by the federal Bureau of Economic Analysis try to measure all of the economic output of each state.
Louisiana's 2013 growth rate was below the national average of 1.8 percent, and ranked 34th among the 50 states. The numbers can change later — Louisiana's 2012 growth was revised up to 2.1 percent from an earlier estimate of 1.5 percent.
"It's kind of surprising," said Kyle Hillman, an economist who tracks Louisiana's economy for Moody's Analytics. Though the state has seen strong job growth and tens of billions of oil and chemical industrial announcements, Hillman said that the boom is still around the corner.
"I think it's on the cusp," he said. "I think it's not quite there yet."
Federal figures show the biggest contributor to growth in Louisiana last year came from makers of nondurable goods, including oil and chemical refiners. But mining, including oil and natural gas extraction, was the biggest drag on the state's $254 billion economy. Swings in prices, production and profit levels for oil and refined products can make Louisiana's output numbers volatile.
The mining numbers reflected continued declines in natural gas production from the Haynesville shale in northwest Louisiana. Gas withdrawals fell 27 percent in 2013 in the Haynesville across Louisiana and Texas, according to U.S. Department of Energy numbers, even though prices rose. Drillers have been favoring gas basins where natural gas contains higher shares of liquids such as ethane, propane, and butane that can be extracted and sold. Haynesville gas is considered to be dry.
"Haynesville has dropped off a lot since 2010," Hillman said.
Also cutting into the state's economic growth were declines in the government sector and the health care and social assistance sector. Louisiana tied Georgia for the biggest shrinkage of government across the state. Officials in Gov. Bobby Jindal's administration have pointed to decreasing government activity with pride.
Economic Development Secretary Stephen Moret pointed to Louisiana's record of growth since 2008, saying it has outperformed the nation and the South.
"Our state's growth over this time period ranked 12th best in the nation and 4th best in the South," Moret wrote in an email. "If not for a sharp slowdown in mining's contribution to state GDP in 2013, Louisiana's GDP growth for that year would have substantially outperformed that of the South and U.S. overall."
Louisiana posted per-capita gross domestic product of $47,997. That number is a measure of the general wealth of the economy, but is not a measure of actual wages or incomes.
Louisiana trailed the Southeast region's growth rate of 1.6 percent, and was behind all of its neighbors. Texas grew 3.7 percent, while Arkansas grew 2.4 percent and Mississippi grew 1.6 percent.
North Dakota's oil boom pushed it to 9.7 percent growth, the fastest in the nation, while Alaska's economy was the only one to contract, shrinking 2.5 percent as oil production trailed off there.
___
Online: State economic growth: http://1.usa.gov/SNxFxd