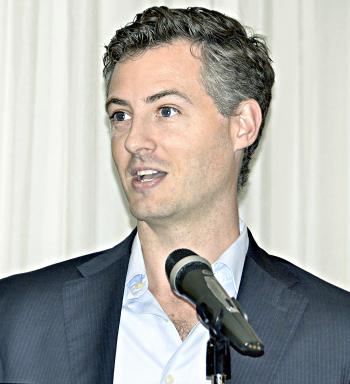 BATON ROUGE (AP) — Louisiana’s education chief says a court ruling allows state officials to resume development of Common Core test plans that have been in the making for four years.
But moments after state Superintendent of Education John White’s comments Wednesday, Commissioner of Administration Kristy Nichols said White’s agency runs the risk of using a defective state contract if it proceeds with its exam plans. And she says there could be financial repercussions and other problems in upcoming months.
“We will determine what the questions on the test are,” White said. “All of them.”
White and Nichols commented a day after Common Core backers won a court fight over whether assessments for the new standards will unfold as planned. A judge Tuesday issued an injunction lifting the Jindal administration’s suspension of state test contracts that White and others planned to use for spring tests.
The lawsuit was filed by parents and teachers, and supported by the state’s top school board. It charged that Gov. Bobby Jindal was illegally trying to derail the academic standards and assessments that go with them.
Attorneys for the governor said they will appeal the ruling by state District Judge Todd Hernandez.
White and a majority of the state Board of Elementary and Secondary Education back the new standards in reading, writing and math, and the tests that Louisiana and other states plan to use. Jindal wants Common Core removed from the state and test plans scrapped.
White and Nichols made their comments in an unusual press conference in which each took turns making comments, then fielding questions.
After the superintendent spoke for nearly 30 minutes, Nichols rebutted several of his points.
White then did the same after Nichols spoke.
White repeatedly cited Hernandez’s ruling, which said that the testing agreement with a firm called DRC “was the contract that was intended by all to be used in the implementation of the legal requirement for nationally recognized assessments testing in Louisiana, the education policy established by the Legislature.”
Nichols said that, while her office will comply with the judge’s ruling, questions remain about the contracts that the state Department of Education plans to use for Common Core exams.
“Our review is there is a defect in the way they have structured the contract,” she said of state education officials.
Using it for 2014-15 test questions, she said, could cause problems later on whether state education officials exceeded the scope of the written agreement, and raise the possibility that state funds might have to be recouped.
White, who said earlier that he hoped the issue would now move out of the courtroom, said Nichols’ comments were discouraging.
“I am sitting here and I am a little sad and a little disappointed,” he said.