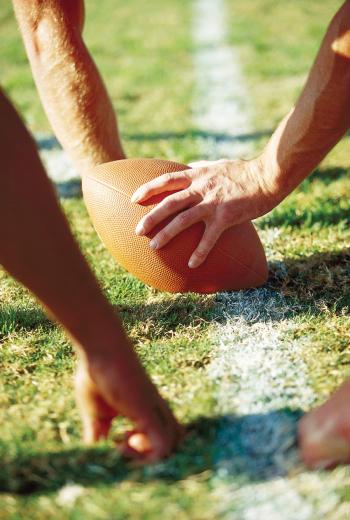 Martrell Spaight found an odd way to spend the Saturday night of Arkansas’ bye week.
Rather than enjoy his rare in-season night away from the game, Spaight — who has blossomed into one of the top linebackers in the Southeastern Conference this season — spent his evening watching film inside the Razorbacks football complex.
“What college kid comes over and watches film on Saturday night at 7 o’clock?” Arkansas coach Bret Bielema asked. “But Martrell Spaight does. And I think that’s an indicator of what he’s all about.”
Spaight’s dedication is just one example of the many reasons the Razorbacks (4-5, 0-5 SEC) have experienced a defensive turnaround this season — improving from 76th to 41st in the country in total defense.
While the improvement hasn’t been drastic enough to label Arkansas a defensive power in the SEC just yet, it’s been nevertheless remarkable given the priority to offense that existed at the school under former coach Bobby Petrino.
Bielema has preached a more balanced approach in his two seasons with the Razorbacks, a method Arkansas hopes to continue — or exceed, in Spaight’s eyes — when it hosts No. 20 LSU (7-3, 3-3) on Saturday night.
The Razorbacks have lost 17 SEC games in a row dating back to the 2012 season, several in gut-wrenching fashion this season. That includes their last game, a 17-10 defeat at No. 1 Mississippi State.
Despite the heartbreaking losses, including the overtime loss to Texas A&M that Spaight was watching on Saturday, Arkansas has refused to give up hopes of returning to a bowl game for the first time in three seasons. It’s a tall task, given the Razorbacks final three games include the Tigers, No. 10 Mississippi and Missouri, but it’s one Spaight believes in — largely thanks to the defensive improvement.
“It’s a great feeling,” said Spaight, who is second in the SEC with 87 tackles.
Arkansas allowed 413.4 yards per game last season on its way to a 3-9 record. This season, under first-year defensive coordinator Robb Smith, the Razorbacks are allowing only 364.8 yards per game.
Much of the improvement has come against the run, where Arkansas has cut more than 40 yards off last season’s average and is allowing only 136.8 yards per game on the ground. It’s a number that will be tested on Saturday against LSU, which is fifth in the SEC with an average of 221.4 yards rushing.
“No doubt, it’s been from coach Smith,” Arkansas defensive end Trey Flowers said. “From Day 1, he came in with the attitude, ‘We’re going to stop the run, no matter what we do.’”
Smith is one of three new defensive coaches for the Razorbacks this season, joined by defensive line coach Rory Segrest and defensive backs coach Clay Jennings.
Bielema praised all three for the defensive resurgence, and Jennings — formerly at TCU — said experience has led to increased confidence for the Razorbacks.
Confidence, however, can only take Arkansas so far, and Jennings made it clear he’s ready for the turnaround to start equaling wins.
“Rome wasn’t built in a day, you know,” Jennings said. “I believe we’re better than we were last year somewhat, but we still have a long ways to go. We have to look on the left side of that column, and when we get more on that side than we do on the other, I think we’ll be excited.”