Life on the Cajun Prairies 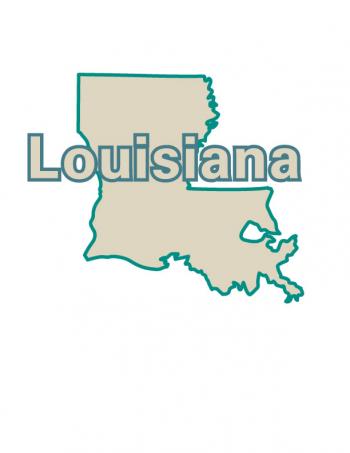 Before the railroads were built in the 1880s, the prairies of southwest Louisiana were sparsely settled and, if reports from early travelers can be believed, those who did settle on or close to them lived a Spartan life.
Mississippi statesman Sergeant S. Prentiss visited the prairie before the Civil War, and characterized the Cajuns he found there among the poorest people he’d ever seen, but still a happy lot. Their crops, mostly corn and sweet potatoes, he said were “merely sufficient to support life, yet they seem perfectly contented and happy, and have balls every day.”
Newspaperman Daniel Dennett toured the prairie right after the Civil War and found “many … squatters … between the Vermilion river and the Sabine,” living in houses “often half formed and half built of mud,” located “sometimes on the open prairie, sometimes in the skirts of a belt of timber, and often without even a yard or garden enclosed.”
Cattle and horses roamed the prairies, he said, and “they all learn to ride and use a shotgun expertly as soon as they learn to walk.” He noted that “with thousands of cows roaming on the prairies, you seldom see butter or milk in their houses.”
Frederick Law Olmstead found simple houses, usually with dirt floors, and usually with hardly any furniture. He stayed with one Acadian family, reporting “the mud walls” of their home “had no other relief than the mantel, on which stood a … clock, two small mirrors, three or four cheap cups and saucers, and a paste brooch in the form of a cross, pinned upon paper, as in a jeweler’s shop.”
Chair seats were made from deer skin and anyone sitting on one of them stirred “an atrocious number of fresh fleas,” he said.
The homes usually consisted of one long room, the kitchen on one end, a sleeping area on the other.
When houses were clustered into villages, Olmstead reported, “there is always found among the cluster of their cabins, a church and a billiard and gambling room.” The second seemed to be used more often than the first.
By the 1880s, visitors reported that most of the Acadians had at least a small cotton patch, enough to supply homespun clothing for the family. Women used peach leaves and indigo to dye the cloth that was also used for “blankets for the beds, curtains for the windows,” and sometimes “coverings for her floor.”
But change was slow to come. William H. Harris drove a herd of cattle across the prairie in 1892, decades after the other writers.
He wrote, “Many of the cabins had dirt floors — everything was primitive — every home had a loom and spinning wheel, but I did not see one milch [sic] cow, or a plow in the parish.”
That may have been because they did not need to plow that much. They grew corn that was made into cornbread, grits, couche-couche, or roasted and eaten off the cob, and had plenty of meat to eat from the cattle and hogs that roamed the prairie, as well as chickens from the yard and wild game from the prairie and woods.
By the 1890s, though, other folk were moving onto the prairie.
The railroad spanned southwest Louisiana in 1880, new towns such as Duson, Rayne, Crowley, Jennings, and Welsh were created next to the rails, Germans from across the ocean and from the American Midwest were establishing settlements and turning the grasslands into rice fields.
Then, in 1901, drillers found oil beneath the Cajun prairies. Nothing would be the same after that.
You can contact Jim Bradshaw at jhbradshaw@bellsouth.net or P.O. Box 1121, Washington LA 70589.