Franklin man on ‘Most Wanted’ list arrested in Eunice 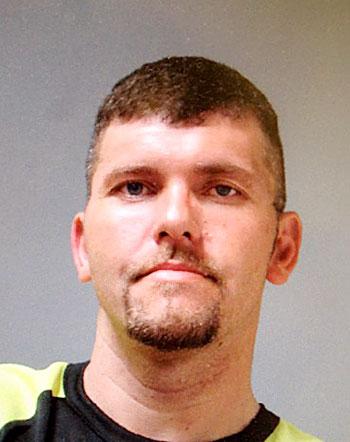 A Franklin man who had been featured in The Daily Review’s Most Wanted edition for a Garden City burglary was arrested Saturday by Eunice police, according to law enforcement officials.
Ricky Tate Jr., 31, of the 4600 block of Irish Bend Road in Franklin, was arrested at 6:33 a.m. Saturday on Eunice police charges for vagrancy, possession of drug paraphernalia, possession with intent to distribute methamphetamines, violation of the uniform controlled dangerous substance law (drug free zone), transactions involving drug proceeds, and a hold for St. Mary Parish Sheriff’s Office burglary warrants, Deputy Eunice Police Chief Varden Guillory said in a news release.
On Jan. 10, the St. Mary Parish Sheriff’s Office released information on the crime. Tate holds an active warrant for St. Mary Parish Sheriff’s Office for simple burglary after he broke into a warehouse on La. 182 in Garden City. The investigation into the burglary began Dec. 18.
Among the items taken were power saws, copper pipe, and brass fittings. Following his arrest by Eunice police, the St. Mary Parish Sheriff’s Office placed a hold/detainer on Tate, according to a St. Mary Parish Sheriff’s Office news release.
Guillory said a female called 911 at 3:43 a.m. Saturday and stated that she was inside of a gray Dodge pickup truck, and the male driver was refusing to let her get out of the vehicle. The female caller also stated that she didn’t know his name and the call disconnected, Guillory said.
The call came from the 1500 block of West Laurel Avenue in Eunice. Officers located the pickup truck in the parking lot of Winn Dixie and observed the driver asleep while the vehicle was running. The driver, identified as Tate, told officers he had a pipe in his possession that was similar to that used to smoke methamphetamine, Guillory said.
The pipe was seized, and Tate also possessed three plastic bags of a white crystal substance believed to be methamphetamine, Guillory said. Tate told officers that he may be wanted in St. Mary Parish which the dispatcher confirmed, Guillory said. Tate was jailed in Eunice with bail set at $15,750.