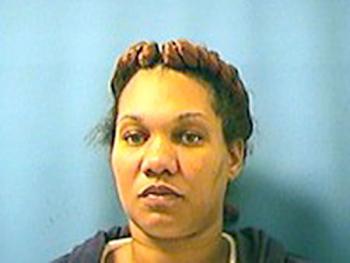 Berwick Police Chief James Richard reported the following arrests:
—Cornelious Gant Jr., 57, 400 block of Cleveland Street in Patterson, at 4:35 p.m. Monday on a Berwick warrant for simple burglary. He remains jailed with no bail set.
—Shawn McCauley, 37, of the 100 block of Francis Lane in Patterson, was arrested 6:44 p.m. Sunday on warrants for violation of a protective order and domestic abuse battery. McCauley was jailed.
—Larry Brooks, 46, of the 300 block of Nicklaus Street in Berwick, was arrested at 7:15 p.m. Sunday for domestic abuse battery. Brooks was jailed.
St. Mary Parish Sheriff Mark Hebert reported responding to 29 complaints in the parish and reported the following arrest in east St. Mary Parish:
—Renata J. Harris, 34, of the 1200 block of South Road in Bayou Vista, was arrested at 9:14 a.m. Monday on three separate warrants for charges of issuing worthless checks. Harris turned herself in to the jail. No bail was set.
Morgan City Police Chief Michael Banks reported the following arrests:
—Gerry Duncan, 49, of the 200 block of Ridgeway Street in Thibodaux, was arrested at 2:13 p.m. Sunday for theft of goods. A deputy received information regarding a shoplifter who left a store in Bayou Vista.
Using the description provided by the complainant, the deputy located and stopped the suspect vehicle on U.S. 90 in Amelia. The deputy made contact with Duncan who was a passenger in the vehicle.
The deputy also observed items inside the vehicle that were reported stolen from the store Continuing the investigation, the deputy identified Duncan as the person seen on video surveillance taking items from the store without paying for them, Banks said. Duncan was jailed with bail set at $1,000.
—Devon Marsh, 22, of the 1000 block of Ciro Street in Siracusaville, was arrested at 4:43 p.m. Sunday on a warrant for failure to appear on the charges of direct contempt, operating a vehicle with improper taillights, improper lane usage, and failure to honor written promise to appear. A deputy conducting an investigation into a complaint of a reckless driver made contact with Marsh and learned of the active warrant for his arrest. Marsh was jailed and released on $344.50 bail.
—Martha T. Sanchez, 21, of Terrebonne Street in Morgan City, was arrested at 3:22 p.m. Monday on a warrant for failure to appear for no driver’s license/speeding, no driver’s license second offense and speeding 32 mph in a 15 mph zone school zone.
An officer observed a speeding vehicle traveling through a school zone located on Marguerite Street and determined that the vehicle was traveling 32 mph in a 15 mph zone. The officer stopped the vehicle and made contact with the driver, Sanchez. Officers discovered that Sanchez was wanted on outstanding warrants for the Morgan City Police Department for traffic violations. She was jailed.
—Two female juveniles, both 15, of Morgan City, were arrested at 2:36 p.m. Monday for fighting.
Officers were summoned to Morgan City High School regarding two students who were detained after being involved in a fight, Banks said. Officers investigating the incident learned that the students were observed by teaching staff fighting, Banks said. Both students were booked and released to an adult pending juvenile court proceedings.
Franklin Police Chief Sabria McGuire reported the following arrest:
—Gino Hall, 22, of Camille Drive in Patterson, was arrested at 1:45 p.m. Monday on a warrant for the Patterson Police Department for distribution of marijuana (conspiracy). Hall was transported to the Patterson Police Department.