Use a sorghum mop to add layers of flavor to pork 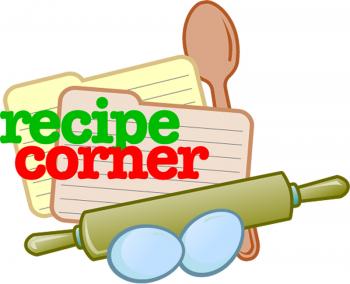 By ELIZABETH KARMEL The Associated Press

Pork with mustard and molasses reminds me of my grandmother. Every summer, she would roast a fresh ham slathered with mustard and molasses. It was an all-day affair and the house would smell heavenly.
In my house, where time is a bit tighter, I have adopted her flavors and created a quick cooking pork dish that is reminiscent of her recipe, but meets my modern day schedule. The mustard-sorghum mop takes this easy grilled weeknight pork tenderloin from ordinary to extraordinary!
A mop is a thin basting sauce that is “mopped” or dabbed on the food as it cooks. Mops are mostly used when smoking authentic barbecue because they keep the food basted and add moisture during the long slow cooking time.
Every time you “mop,” you add a layer of flavor to the “crust” of the meat. But I also like to use a mop to add easy flavor to quick-cooking foods, like the pork tenderloin in this recipe, as well as chicken pieces.
In this recipe, I call for sorghum syrup (sugar cane) , but feel free to substitute molasses if you can’t find it. Both are dark, thick syrups with intensely sweet, slightly bitter flavor. Sorghum syrup sometimes is even called sorghum molasses. But there is a difference.
Sorghum is made from boiling and evaporating the sugars that are pressed out of the sorghum grain. The plant looks a lot like corn stalks, minus the ears of corn.
Molasses is made from the boiling and evaporation of the sugars pressed out of sugar cane. Unsulfured molasses is made from sun-ripened cane, and really is the best quality. Blackstrap molasses is the most concentrated and has the strongest flavor, as it is made from the third boiling of the cane sugar.
Besides being a great flavor enhancer for meat, vegetables and baked goods, both sorghum and molasses are delicious poured over buttered biscuits, pancakes and waffles, so both are good to keep on hand.
PORK TENDERLOIN WITH MUSTARD-SORGHUM MOP
Start to finish: 35 minutes (10 minutes active)
For the mustard-sorghum mop:
¼ cup apple cider or juice
3 Tbsp. yellow mustard
2 Tbsp. sorghum syrup
2 Tbsp. olive oil
1 Tbsp. cider vinegar
1 tsp. Worcestershire sauce
1 large pinch salt
2 shakes hot sauce
For the pork:
2 pounds of small pork tenderloins
Olive oil
Kosher salt
Heat grill to medium-high. Prepare grill for both direct and indirect cooking. On a charcoal grill, bank the lit coals to one half of the grill. On a gas grill, turn off burners on one half of the grill.
To prepare the mop, in a small bowl whisk together all ingredients. Set aside.
Use paper towels to pat dry the pork tenderloins. Lightly coat them with olive oil, then sprinkle with salt.
Place tenderloins on the cooking grate over grill’s hotter side. Sear on all sides, 1 to 2 minutes per side.
Slide tenderloins over to the grill’s cooler side, arranging them in the center of the grate. Grill for 10 minutes.
Brush tenderloins generously with the mustard-sorghum mop. Let the pork cook for 5 minutes, then mop again, brushing all over the pork tenderloin.
Continue cooking and mopping in 5-minute increments until the tenderloins reach an internal temperature of 145 F. Total cooking time should be about 20 to 25 minutes.
Transfer tenderloins to a platter, cover with foil and let rest for 5 minutes before slicing.
This pork loin was inspired by my grandmother’s mustard-slathered fresh ham. When time is too short to barbecue a ham or pork shoulder, I grill-roast a pork tenderloin with this sweet and tangy yellow mustard mop.
If you want a thicker, saucier mop with a more pronounced mustard flavor, double the quantity of the mustard.
Servings: 4
Nutrition information per serving: 390 calories; 140 calories from fat (36 percent of total calories); 16 g fat (3 g saturated; 0 g trans fats); 145 mg cholesterol; 11 g carbohydrate; 0 g fiber; 10 g sugar; 48 g protein; 630 mg sodium.
EDITOR’S NOTE: Elizabeth Karmel is a grilling and Southern foods expert and executive chef at Hill Country Barbecue Market restaurants in New York and Washington, as well as Hill Country Chicken in New York. She is the author of three cookbooks, including “Soaked, Slathered and Seasoned.”