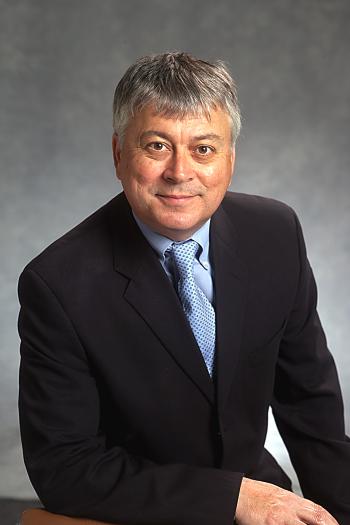 Engineers are working on modeling for the estimated $80 million Bayou Chene Flood Control Project, located in Amelia, in order to get U.S. Army Corps of Engineers approval to acquire a permit for the project that officials expect will protect at least six parishes from flood waters.
At Thursday’s St. Mary Levee District commission meeting in Patterson, the commission approved an amendment in the amount of $162,557.65 to go toward CB&I infrastructure company’s additional modeling, permitting, a mitigation plan for the Avoca Island property, and right-of-way acquisition documents, St. Mary Levee District Consultant Jeff Pena of CB&I said. Pena hopes to have some modeling results for the project by the end of March, he said.
The Bayou Chene Flood Control Project, which is located south of the McDermott Yard in Amelia, will consist of a permanent structure that will block Bayou Chene so that flood waters cannot travel from Bayou Chene through Bayou Boeuf to Lake Palourde. The project will protect St. Mary, Terrebonne, Lafourche, Assumption, St. Martin, and Iberia parishes.
The modeling is aimed at showing the environmental impact of having a 250-foot opening in the flood control structure as opposed to the already approved 420-foot opening for vessel traffic to pass through, St. Mary Levee District Executive Director Tim Matte said. The smaller opening was decided upon with the consultation of industry in Amelia and would cost less money to construct than the 420-foot opening, Matte said.
The model has already been run, and the results have already been delivered to the corps and other agencies, Matte said. The additional modeling approved at Thursday’s meeting is designed to answer questions that arose out of the first modeling effort, Matte said.
Within about a month, the levee district should be able to start the permitting process for the project, Matte said.
The commission amended the agenda and authorized Hidalgo to sign a cooperative endeavor agreement with the Terrebonne Levee and Conservation District to recognize Terrebonne’s $500,000 pledge to go toward the Bayou Chene project, which would allow the levee district receive the funds when they become available, Levee district attorney Bill Bourgeois said.
The modeling work for the Bayou Chene project is required in order to receive permits from the Corps of Engineers to move forward with the project, Matte said. After the permitting phase, the levee district will have to decide when to begin the preliminary design phase because that phase will require the district to spend another $2 million, Matte said. The levee district will be reimbursed for some of that $2 million with the $500,000 from the Terrebonne Levee and Conservation District and a $1.8 million Economic Development Administration grant to help with the design phase, Matte said. The levee district should know when it will get the permit within the next 60 days, Matte said.
The updated Wax Lake East Levee System Evaluation Report is scheduled to be complete by the end of February, St. Mary Levee District Executive Director Tim Matte said. The Wax Lake East levees extend from the end of the floodwall in Berwick to the locks at Wax Lake Outlet.
Levee district officials and U.S. Army Corps of Engineers officials met to discuss the levee district’s plans to raise the deficient sections of the Wax Lake East levees, Matte said. The permit application to address those deficiencies was going to be submitted today, Matte said.
The corps’ original Levee System Evaluation Report released in February 2013 showed seven- to eight-foot deficiencies in the Wax Lake East and Wax Lake West levees. In May 2013, the corps released an updated unofficial analysis for the Wax Lake East levees that showed only one- to two-foot deficiencies in certain spots.
“There still are some deficiencies, but it’s not like the entire reach is deficient,” Matte said. “That’s what we’ve been waiting on is the official report that says your levees are otherwise certifiable except for the particular little sections that are too low.”
In other business, the commission
—Authorized the district to solicit appropriate bids and contracts for materials, equipment, and contract work regarding emergency preparedness and federal procurement requirements for FEMA reimbursement in the event of a flood or another emergency.
—Approved a request by Gavilon Midstream Energy to relocate a portion of a levee road in Franklin south of the railroad to be able to access a new rail spur, Matte said.