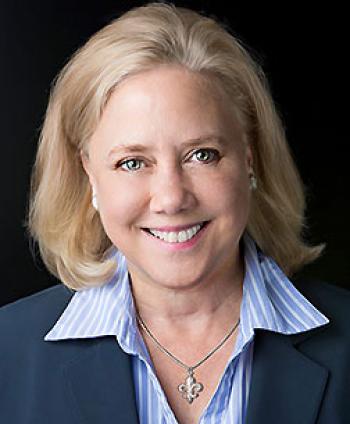 Members of Louisiana’s Congressional delegation praised the U.S. Department of Commerce decision to impose duties on sugar imports from Mexico.
An initial assessment indicates that subsidies by the Mexican government give Mexican sugar producers an unfair advantage over U.S. producers
Rep. Charles Boustany, R-Lafayette, and Sen. Mary Landrieu, D-New Orleans, issued statements via email that the Mexican government illegally subsidized Mexican sugar exported to American markets.
“These illegal subsidies create an uneven playing field for American sugar producers,” Landrieu said.
Boustany noted that Louisiana is a major producer of American sugar, ranked second overall in production of sugar cane.
The sugar industry has an annual overall economic value of $3.5 billion in the state of Louisiana. Sugarcane is grown on 400,000 acres in 22 parishes, producing about 13 million tons of cane each year, according to Boustany.
“Louisiana sugar provides a tremendous economic benefit to our state, providing $3.5 billion in economic value each year. Our producers are the most efficient and innovative in the world — but they need a level playing field to compete,” Boustany said.
“I applaud the Department of Commerce’s decision to label Mexican sugar policies for what they are, an unfair and market-distorting subsidy. I will continue fighting to protect Louisiana sugar producers from unfair volatility in prices by supporting equality and a level playing field in the world market,” Boustany said.
In March, U.S. sugar producers filed anti-dumping and countervailing duty petitions against Mexican sugar producers with United States International Trade Commission and Commerce.
According to the American Sugar Alliance, “Mexico’s government owns and operates 20 percent of the country’s sugar production. In addition to this ownership, Mexico’s inefficient sugar producers benefit from export subsidies; preferential government loans coupled with debt forgiveness, government cash infusions to cover operating shortfalls; and government grant programs to finance inventory, exports, and inputs.”
If the Commerce Department makes a final determination that illegal subsidies did occur, it will order U.S. Customs and Border Protection to collect Countervailing Duties from Mexican sugar producers to cover the impact on American sugar producers. Commerce is expected to make a final determination in early 2015, Landrieu said.
Under the Tariff Act of 1930, U.S. industries may petition the government for relief from imports that are sold in the United States at less than fair value (“dumped”) or that benefit from subsidies provided through foreign government programs, Landrieu said.
The ITC is responsible for determining whether a particular U.S. industry is materially injured or threatened with material injury from the imports under investigation. Landrieu said if both the ITC and Commerce determine that is the case, then Commerce will issue an antidumping duty order to offset the dumping.
Landrieu said: “Once this process is complete and it is determined that illegal activity occurred, Mexican sugar producers will pay a steep price that will cover the losses our Louisiana sugar producers suffered and act as a deterrent to prevent other countries from trying this in the future. Our sugar producers work too hard and are too important to our economy to let illegal dumping go unpunished.”