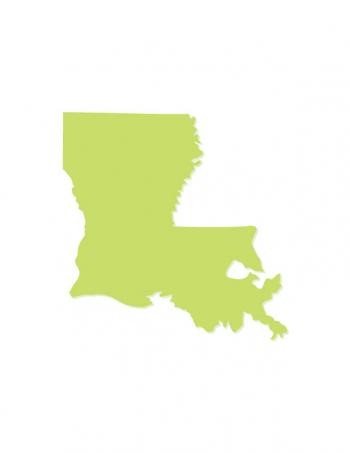 The St. Mary Levee District 2013 audit report released Monday on the state legislative auditor’s website shows almost $3.4 million of the district’s bank balance is exposed to credit risk.
According to the report, the district’s Dec. 31, 2013, bank balance of roughly $3.6 million has about $3.36 million of custodial credit risk in the form of uninsured and collateral held by the pledging bank’s agent not in the district’s name. Custodial credit risk is the risk that in the event of a bank failure, the district’s deposits may not be returned to it, the report stated.
According to the state legislative auditor’s website, deposits covered by collateral held by the pledging financial institution, or its trust department or agent but not in the district’s name, and deposits that are uninsured or uncollateralized are required to be assessed and disclosed by the Governmental Accounting Standards Board.
Blaine Crochet of Darnall, Sikes, Gardes & Frederick presented the levee district’s audit report at its Thursday meeting.
In 2013, the district’s expenditures totaled $2.328 million, which is a roughly 15 percent decrease compared to 2012, Crochet said. “The decrease was largely driven by the fact that there were no debt service payments made by the district in 2013 that were made in 2012 related to bonds that were issued,” Crochet said.
Total revenues came in at about $3.1 million for 2013, about an 11 percent increase compared to 2012, he said.
The report showed a repeat finding of inadequate segregation of accounting functions, Crochet said. Due to the small number of accounting personnel, the district did not have adequate segregation of functions within its accounting system, the report stated.
The likelihood that a material misstatement will not be prevented or detected and corrected on a timely basis is increased, and the perpetration of fraudulent activity is easier to achieve under this condition, the report stated.
The auditor recommended that based upon the size of the entity and the cost-benefit consideration of additional personnel, it may not be feasible to achieve complete segregation of accounting functions, according to the report.
The audit also showed that the district did not present a budget message as required by state law. By not providing a budget message, readers of the budget document may not be properly made aware of the characteristics of the budget, which are required for a complete understanding of the budget as it is presented, according to the report.
The auditor recommended that the district should comply with the Louisiana Local Government Budget Act in preparing its budgets by including the required budget message in the budget document.
Levee district management’s response to the finding was that the timing of the management letter comment regarding the required budget message made during the audit of the financial statements for the year ended Dec. 31, 2012, did not allow for the matter to be corrected prior to the preparation of the proposed budget for the year ended Dec. 31, 2013, according to the report. A budget message will be included in the next budget submission, management stated in the report.