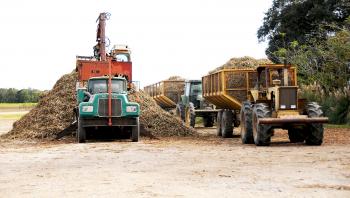 Sugarcane is being loaded into trucks at a loading area in Patterson.
(The Daily Review Photo by Crystal Thielepape)