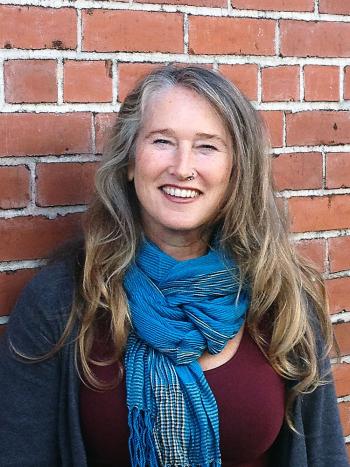 It was a nearly 90-year-old story of murder that drew Melissa Hensley Blumenfeld back to her native Morgan City this week.
Blumenfeld, who owns a film production company with her husband in Jerusalem, Israel, always heard tales of one of the Tri-City area’s most sensational murders. After all, she grew up in what was once Dr. Thomas Dreher’s home.
Dreher was convicted, along with his alleged paramour Ada LeBoeuf, for the murder of her husband James on Lake Palourde in 1927.
It was a sensational trial that grabbed national headlines and gave Franklin a carnival atmosphere where young men took their dates to the court house instead of the movie house, and young children were brought to court to meet those standing trial.
James LeBoeuf was killed with two loads of buckshot July 1, 1927, on Lake Palourde, its waters still swollen from the Great Flood. Three froggers discovered his body on July 6 as the waters receded. The following day, Dreher; his “man Friday” James Beadle; and Ada LeBoeuf were arrested.
Ada was a handsome woman in her late 30s with long, jet-black hair who was married to James, 43, the superintendent of the Morgan City Power & Light plant. The couple had four children and lived in a two-story clapboard house.
They appeared to have a happy marriage, but looks can be deceiving as LeBoeuf was known to be so jealous that he beat Ada regularly for her indiscretions, imagined or real. It was widely whispered in town that the doctor and Ada were having an affair.
Dreher, 47, and LeBoeuf had been friends and frequent hunting companions. Over time, the pair added Jim Beadle, who called himself a local guide, to their hunting parties. Beadle, 45, was a poor man without steady employment, known to be a typical Cajun with a bad temper.
Despite a plea for clemency that was denied by Gov. Huey P. Long, Ada was hanged at 12:10 p.m. on Feb. 1, 1929. Dreher was hanged 20 minutes later. She was the first woman to be hanged in Louisiana and only the seventh white woman and the 25th woman to be executed in the United States.
Beadle, sentenced to serve life, was released from prison in April 1939, and died within a few years.
Blumenfeld said she and her husband typically make films for non-governmental offices, privately funded charities, in India and Africa, but the story of the house she grew up in kept haunting her.
After doing a bit of filming on the story years ago, it got put on the back burner, but Blumenfeld said it’s a story she and her husband have always wanted to tell.
Now, “People are getting older, and the stories aren’t being told so much anymore,” Blumenfeld said.
She said she wants to record the oral history.
“Whether it was a good thing or a bad thing that happened in Morgan City, it’s a part of our lives,” Blumenfeld said.
She said she’s heard some amazing stories from descendants.
Blumenfeld will be back in March to conduct the formal interviews. Following that, she and her husband will produce a trailer for the documentary in the hopes of pitching it to broadcasters and financial sponsors.
Blumenfeld said she is interested in interviewing and meeting anyone who has memorabilia, pictures or articles pertaining to the case. Her email is Melissa@blumenfeld.com.