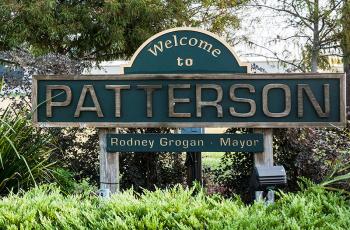 Patterson is the safest city in Louisiana, according to a survey.
Researchers at valuepenguin.com analyzed the most recent FBI Crime Report to determine the safety of cities in Louisiana.
Each of the five safest cities and towns are south of Baton Rouge, which fell near the bottom of the rankings despite the fact that research adjusted the “crime score” for population size, the study said. The score also took into account both the amount of violent and property-related crimes per 100,000 people.
Patterson’s crime score is 74 percent lower than the state’s average, according to the survey.
Its police department employs the motto “together for a safer community.”
Patterson also ranked as the No. 1 safest small city in the state, which includes cities with populations of 5,000 to 10,000 people.
Other cities in the top five safest communities in Louisiana were Harahan, Jeanerette, Mandeville and St. Gabriel.
Patterson Police Chief Patrick LaSalle said he attributes Patterson’s distinction as the safest city to “proactive policing, community involvement, dedicated law enforcement personnel and an open-door policy to the citizens.”
Patterson Police have a system in place to train officers, “and our purpose is only to serve,” LaSalle said.
“We strive to provide the best service, and we’ll continue to do that.”
In the same study, Morgan City ranked No. 7 in the state among the safest midsize cities. Midsize cities were classified as ones with populations of 10,000 to 20,000 people.
Mandeville ranked as the safest mid-size city, while Kenner was the safest community for cities with populations over 20,000.
In August, onlyinyourstate.com ranked Berwick as the No. 6 safest place to live in Louisiana among a list of the top 11. Berwick was the only town on the list.
That study used 2013 FBI statistics on crime reports. Towns and cities that had the lowest ratio of violent crime to population made the list, the study said.
Berwick had 0.6 violent crimes per 1,000 people.
Because larger cities tend to have more crime in general, researchers only considered places with populations of over 2,000, and only communities of similar size were compared to one another.