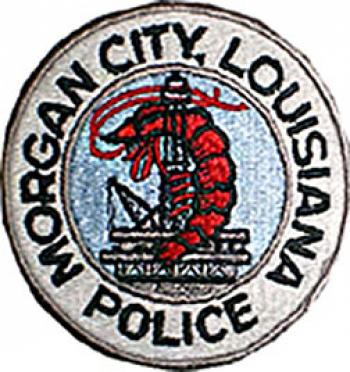 On December 03, 2015, the Morgan City Police Department was called to investigate a case of a 14 year old female juvenile who was reportedly abducted by a male subject. Morgan City Police Department investigators were able to determine that a 26 year old male subject had traveled across state boundaries in order to remove the child from her parents. Within hours, Morgan City Police Department Detectives were able to develop information which led to the recovery of the juvenile and the arrest of the suspect by Lafayette Parish Sheriff’s authorities.
Although this case had a positive outcome and saved a child who was at risk, there are many children every day who are abducted or exploited into the world of human trafficking, prostitution or ultimately lose their lives to the many predators who pose a threat to our families.
With the technological advancements that we have experienced and the enormous increase in the utilization of cell phones, tablets and other devices, these “predators” pose a greater danger to our children than we sometimes realize. These dangers are as close as your child’s thumb. With a single keystroke, your child can be drawn into a dark world which can lead to tragedy and eternal heartbreak for a parent.
This past November 2016, I had the opportunity to travel to the National Center for Missing and Exploited Children which is located near Washington D.C. in Alexandria, Virginia. Law Enforcement executives from across the United States received training and information to assist law enforcement agencies to evaluate their response to these events, develop policies and identify resources to provide law enforcement with every tool possible to work towards a positive outcome. We only have one opportunity to “get it right” and are not allowed a “do-over”. A child’s life may depend on how we respond. We have to work with our communities through education, training and to never forget lessons learned.
The “National Center for Missing and Exploited Children” was founded in 1984 by John and Reve’ Walsh and other advocates after the 1981 abduction of their 6 year old son, Adam Walsh. This abduction followed the 1979 abduction of 6 year old, Ethan Patz while walking to school in New York. It was discovered that law enforcement lacked a unified and standard response. Since that time, the “National Center for Missing and Exploited Children” continues to provide assistance through public awareness and training, the development of laws, and the improvement of technology. By promoting public awareness and the continued distribution of information, even after several years, can we have positive results as with victims such as Elizabeth Smart, Jayce Dugard and others who have been returned to their families.
These abductions and exploitation of our children can be complex. The dangers can come from strangers, a child’s family members, or through the internet. The chance of being abducted by an estranged parent, family member or associate is higher than an abduction by a total stranger, but is often the most overlooked.
In many instances, families are met with the response, “It’s a Civil Matter”. Although this may be true, it is imperative that we work to establish the safety and well-being of an affected child and work with family members to develop a civil resolution. These children can slip through the cracks into abandonment, human trafficking and other pitfalls.
The future of our local communities depends on how we respond to our children and young adults. Since returning from the “National Center for Missing and Exploited Children," I have worked to develop a standard policy and plan for the Morgan City Police Department and to mandate training to its officers. The Morgan City Police Department will continue to explore options to reach out to our children through the “National Nite Out Against Crime," a continued officer presence throughout local schools, and participation in programs such as the “Morgan City Youth Center."
I will have the opportunity to return to the “National Center for Missing and Exploited Children” later this year to attend additional training sessions to ensure that we are taking advantage of every opportunity to learn and improve our efforts.
Parents may continue to monitor the Morgan City Police Department’s Facebook page for bulletins and information from the National Center for Missing and Exploited Children, or visit their website @ www.missingkids.com.