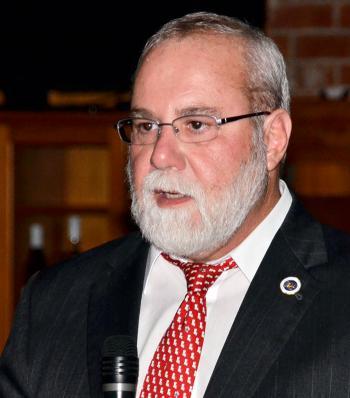 The state’s shipbuilding industry may soon have to pay a sales tax that, one legislator says, could cause some companies to leave the state.
State Sen. Bret Allain, R-Franklin, proposed an amendment to House Bill 62 during the special legislative session in an attempt to keep the state from levying additional taxes on shipbuilders, he said.
The amendment to HB 62 failed Tuesday in the Senate by a vote of 15-29. State Rep. Katrina Jackson, D-Bastrop, authored HB 62 to add one cent to the state’s four-cent sales and use tax.
The shipbuilding industry had previously been exempt from paying any sales taxes on the sale price of vessels larger than 50 tons and materials used to build or make repairs to those ships, Allain said.
“If you have that extra expense, you’re impeding shipbuilders, and they’ll go elsewhere,” Allain said.
The addition to the sales and use tax is expected to bring in over $883 million a year, or $4.4 billion to the state during the next five years.
HB 62 passed the Senate, 29-10, Tuesday, and was scheduled for floor debate in the House today.
Scotty Tibbs II, co-owner of Gulf Craft in Franklin, said the 1 percent sales tax will have a negative impact on the state’s shipbuilding industry. How negative the effects may be aren’t clear yet, but some shipyards will probably leave Louisiana, Tibbs said.
Several years ago, Gulf Craft bid on five shipbuilding contracts at a time when the proposed 1 percent sales tax “was not even in the horizon,” Tibbs said.
“We’re going to have to eat this 1 percent sales tax because it was not figured into the budget of building this boat,” Tibbs said.
Allain worked with state Sen. Norby Chabert, R-Houma, to try to pass the amendment to the bill “to protect our shipbuilders,” he said.
At a time “when everybody’s hurting,” Allain doesn’t think putting the additional burden on shipbuilders is a good idea, he said.