Area lawmakers: Special session was one of compromise 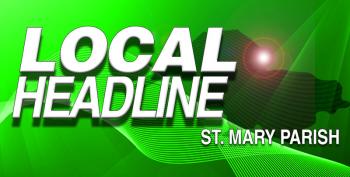 Compromise was the only thing that got its way during the 10-day special legislative session that closed the state’s $304 million mid-year budget deficit, local legislators said.

The outcome of the session “was not exactly what we needed to do, but it was close enough,” state Rep. Sam Jones, D-Franklin, said.

State Rep. Beryl Amedee, R-Gray, said no legislators “really got what they wanted” during the session.

“It was truly a compromise all around,” Amedee said.

Jones would have preferred that the Legislature use all of the $119 million available in the state’s Rainy Day fund, the common name for the Budget Stabilization Fund, to plug some of the mid-year shortfall as Edwards had proposed. Instead, $99 million of the fund was used.

State Sen. Bret Allain, R-Franklin, said the Senate Finance Committee got rid of some of the cuts proposed in the House because they were “too excessive,” and would have hurt rural hospitals, the Department of Natural Resources and Department of Agriculture, Allain said.

“I think we did the best we could with the circumstances we had,” Allain said.

Still, cuts had to be made given the state’s current economic troubles.

“The cuts were necessary to balance the budget and live within our means,” Allain said.

Health care will likely take the brunt of the $20 million not used from the Rainy Day fund, Jones said. But officials were able to avoid cuts to the state reimbursement rural hospitals receive, Allain said.

The Legislature agreed to spare higher education from further cuts this time around. Colleges and universities have already been hit hard enough with cuts in the past few years, Allain said.

A Bond Security and Redemption resolution, authored by House Speaker Taylor Barras, R-New Iberia, passed during the session and could “free up as much as $90 million” from the state’s general fund to fill future budget gaps instead of using the Rainy Day fund or raising taxes, Amedee said.

“We’re considering this to be possibly the most important budget reform measure, that passed, in more than 10 years,” Amedee said.

Jones didn’t see passage of Barras’ resolution a success. He opposed the measure and said it “could potentially cut $20 million out of the highway fund, which makes no sense.”

“But it ended up being part of the grand bargain, unfortunately,” Jones said.

State leaders have to address how to replace that revenue during 2017’s regular session, or the 2018-19 budget will have a projected $1.2 billion deficit, Jones said.
“We’ve got some long-term repair that needs to be done in this session,” Jones said.

Amedee also said state leaders “have to change how the budget-making process has been working in Louisiana.”

Departments within state government should make budget requests “reasonably close to the money that we have available,” Amedee said.

“I consider this only the end of the beginning because we have a whole lot of work to do when we come back in April,” Amedee said of the special session.

Allain is against adding any additional taxes on Louisianans who are already hurting due to the economy. He is open to considering proposals to find a replacement for the 1-cent sales tax, “but that’s a dangerous deal,” he said.

Allain looks forward to listening to ideas from other legislators to try to make the necessary structural changes in the state’s budget.