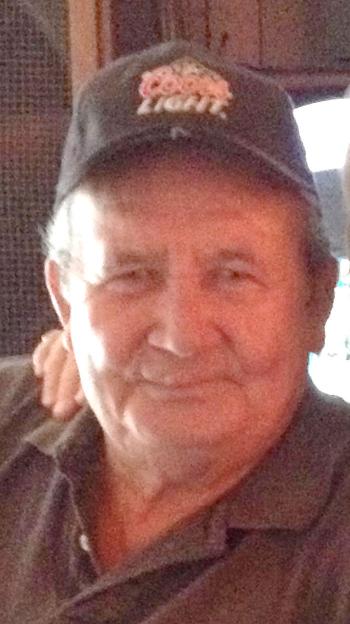 February 5, 1939 — April 5, 2015
Alvin Peter Foret Sr., 76, a native of Theriot and resident of Berwick, passed away on Sunday, April 5, 2015, at his residence surrounded by his family.
Alvin was born on the bayou and that’s where he loved to spend his time fishing. He had a great love for the outdoors and spending endless hours of time with his family. Alvin was a hard-working man who taught his children the value of working hard and keeping a good name. Everyone who knew Alvin enjoyed spending time with him because he loved life and knew how to show it. Alvin will be truly missed.
Alvin is survived by his devoted wife, Dolores Foret of Berwick; one son, Alvin Foret Jr. and wife, Lisa, of Patterson; one daughter, Tisha Crowe and husband, Jerry Sr., of Berwick; three stepsons, Lawrence Ribardi, Jason Ribardi and Timmy Tindell, all of Berwick; two stepdaughters, Sonya Ribardi of Berwick and Julie Wagner of Patterson; seven grandchildren, Stephen, Lacey, Kerrie, Jerry, Casey, Noah and Ethan; one great-grandchild, Liam; one brother, Joe Foret and wife, Grace, of Amelia; five sisters, Audrey Dupuy and Dr. Earlene Gadow, both of Berwick, Adeline Maddix of Stephensville, Rose Ugas of Patterson and Brenda Thibodaux of Denham Springs; along with a host of nieces and nephews.
Alvin was preceded in death by his parents, Albert and Rose Foret; two stepsons, Robbie Tindell and Jody Ribardi; four brothers, Paul Foret Sr., Albert Foret, Calvin Foret and Ricky Foret Sr.; and one sister, Betty Lajaunie.
Visitation was held Tuesday, April 7, 2015, at Twin City Funeral Home beginning at 5 p.m. until 9 p.m. along with a rosary being prayed at 7 p.m. Visitation resumed today, Wednesday, April 8, 2015, at the funeral home starting at 8:30 a.m. until time of service at 10 a.m. He was laid to rest in the Berwick Cemetery with full military honors provided by the East St. Mary Veterans Funeral Squad.