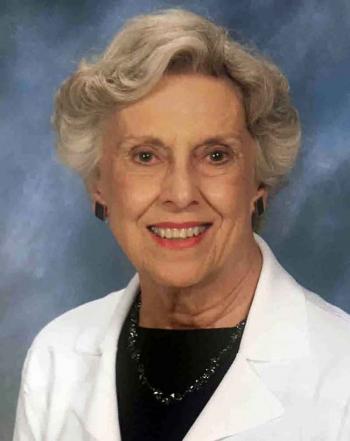 January 5, 1931-December 21, 2016
Patsy Dreher Ellzey, 85, of Pensacola, Florida, passed away Dec. 21, 2016, at Azalea Trace where she was a 13-year resident. She was born Jan. 5, 1931, in Morgan City, Louisiana, to Palmire and Eugene Dreher, and married Jack Ellzey on April 30, 1955, all of whom predeceased her.
She is survived by two daughters, Kathleen Phillips (Ron) of Sterling, Virginia and Karen Ellzey Wright (Tim) of Boston, Massachusetts; brother, Eugene Dreher III (Kathryn) of Morgan City, Louisiana; grandchildren, Anthony Phillips (Lexi) and Nick Phillips of Richmond, Virginia and Samantha Phillips of Sterling, Virginia; step-granddaughter, Casey Llewellyn of Brooklyn, New York; a niece, Nancy Dreher of Baton Rouge, Louisiana; and a nephew, Eugene Dreher IV (Jennifer) of Berwick, Louisiana.
Patsy was a graduate of Southwestern Louisiana Institute (now University of Louisiana at Lafayette) where she majored in music. She served as a school teacher and church organist, and was a beloved piano teacher for countless children in each of the cities where she lived throughout her life, which in addition to Morgan City and Pensacola included Baton Rouge, Louisiana; Richmond, Virginia and Vienna, Virginia.
In her later years, she was a volunteer pianist at the Skilled Nursing Center at Azalea Trace and a rehearsal pianist for the Azalea Trace Choir. She was a member of St. Christopher’s Episcopal Church while a resident of Pensacola. Patsy was a wonderful cook and left her family with a special appreciation of Cajun and Creole cuisine. She was cherished by all who knew her and will be sorely missed.
Arrangements will be handled by Harper-Morris Memorial Chapel of Pensacola. A service and burial will take place at the Morgan City Cemetery in Morgan City, Louisiana, on Wednesday, Dec. 28, 2016, at 1 p.m.
In lieu of flowers, please consider a donation in her honor to the Pensacola Waterfront Rescue Mission (waterfrontmission.org).
The family wishes to express deep gratitude to the residents and staff of Azalea Trace Retirement Community in Pensacola for their friendship, kindness and support throughout her years in residence.