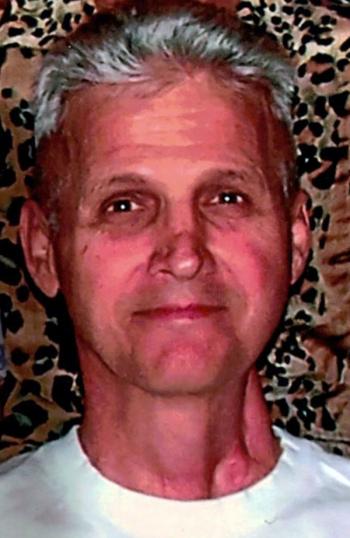 September 2, 1952- October 7, 2015
Raymond Claude “Ray” Marcel Jr., 63, a resident of Berwick, passed away Wednesday, Oct. 7, 2015, at his home surrounded by his loving family.
Ray was born on Sept. 2, 1952, in Brownsville, Texas, the son of Raymond Claude Marcel Sr. and Dora Duval Marcel.
Ray was very devoted to his Catholic faith and he shared it with others every chance he could. He was also very devoted to the rosary. Ray was very active in the Cursillo Movement for more than 20 years and loved his yearly retreat trips to Manresa.
Ray fought a courageous battle with cancer for 9 years and battled the beast head-on with more strength and courage than anyone has ever seen.
Ray was a true people-person and never met a stranger. He was always there to give to anyone who was in need. Many individuals looked up to Ray for his wisdom and he was a true mentor to his nieces and nephews. He was a true comedian at heart and could put a smile on anyone’s face.
Of all the things that Ray did in life, he enjoyed spending time with his family, but especially loved spending time with his Ella Sue and grandchildren, as they were his life.
Raymond will be sadly missed and lovingly remembered by his wife, Nancy Thibodeaux Marcel of Berwick; father, Raymond Claude Marcel Sr. of Trinity, Texas; daughter, Tiffanie Justilian and husband, Mark, of Berwick; son, Christian Marcel and wife, Michelle, of Berwick; faithful four-legged companion, Ella Sue Marcel; eight grandchildren, Hillary Kunze and husband Joshua, Hailley Landry, Helaina Landry, Lucas Landry, Layne Landry, Mackenzie Marcel, Gabrielle Marcel and Kobe Marcel; one great-grandchild, Mia Ray Ponville; two brothers, Dan Marcel and wife, Crystal, of Bayou Vista, and David Dinger and wife, Marie, of Morgan City; two sisters, Jeanie Sistrunk and husband, Rudy, of Panama City, Florida, and Janell Robert and husband, Roger, of Breaux Bridge; and numerous nieces and nephews.
He was preceded in death by his mother, Dora Marcel; two brothers, Kenneth Marcel and Michael Dinger; and sister, Gwen Dinger.
Visitation will be held from 5 p.m. until 9 p.m. today, Friday, Oct. 9, 2015, at Twin City Funeral Home with A Devine Mercy Chaplet being held at 7 p.m.
Visitation will resume from 9 a.m. until 12:30 p.m. dismissal on Saturday, Oct. 10, 2015, at the funeral home. A Mass of Christian Burial will be held at 1 p.m. on Saturday, Oct. 10, 2015, at Holy Cross Catholic Church with the Rev/ Clyde Mahler officiating.
After Mass, Ray will be laid to rest in the Berwick Cemetery.