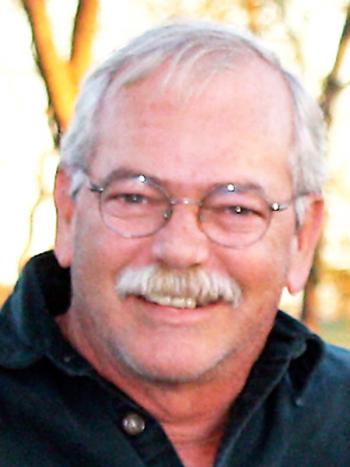 Rusty James Written, 57, a native of Bayou Vista and resident of Hempstead, Texas, passed away on Monday, July 28, 2014.
Survivors include his wife, Julie Peterson Written; three children, Shawna Ann Written Martinez and husband, John, of Shepherd, Texas, Misty Michelle Written Huebner and husband, Travis, of Hockley, Texas, and Kody Guy Written and wife, Lauren, of Morgan City; and seven grandchildren, Brittiany Nicole Pittman, Christina Renee Pittman, Tabitha Hailey Martinez, Ryan Matthew Martinez, Layne Peter Huebner, Payton Anne Huebner and one on the way, Edith Ellen Written. He is also survived by both of his parents, Mervil and Carolyn Written; his siblings and their spouses, Darlene Aucoin and husband Kirk, Tammy LaCoste and husband Ira “Boogie” and Carl Written and wife Tammy; as well as numerous nephews and nieces.
Not only was he dedicated to his family, he served proudly in the United States Air Force. As a lifelong member of the oil field industry, he was able to travel all over the world.
A wake will be held from 5 to 8 p.m. today, Thursday, July 31, 2014, at the family’s home. Funeral services will be at 2 p.m. Friday, Aug. 1, 2014, also at the family’s home with the Rev. Tom Dobbs officiating. Guest book @ www.canonfuneralhome.com.