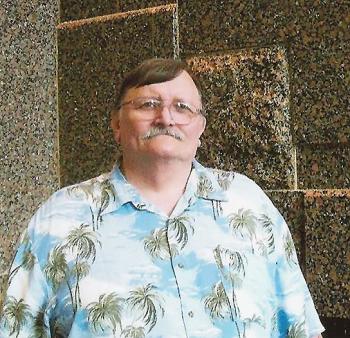 October 24, 1951 — January 26, 2014
Wade Joseph Landry, a native of Morgan City and resident of Stephensville, passed away Sunday, Jan. 26, 2014, in Morgan City after a long courageous battle with bladder cancer at the age of 62.
Wade started his working career at the age of 16 as a deck hand. He enjoyed everything about being on the water and it did not take Wade long to receive his captain’s license. Wade was well known as one of the best on the water for over 20 years. After his days on the water, he turned his attention to becoming a diesel mechanic and a crawfisherman. For the last 10 years Wade was the owner and operator of Landry’s Ragin’ Kajun Bar and Grocery in Bayou Pigeon. When not working, Wade enjoyed cooking for his family. He had a talent of making the best meals out of anything he would cook, from his weenie spaghetti, bologna and red gravy, and gumbo and potato salad. When Wade served you a plate you could rest assured you would be back for seconds.
Wade leaves behind to cherish his memories, his son, Tory Landry of Bayou Sorrel; his daughter, Cody Landry of Bayou L’Ourse; his brother, Perry James Landry of Morgan City; his sister, Tina Landry Norris of Morgan City; his grandchildren, McKinley, Jude and Nathan Landry, Jaida Weatherford and Kaggen Loupe; his godchildren, Brigg and Ciara Norris of Morgan City; and his companion, Kathleen Wheat of Stephensville and her children, JoJo and Eddie.
Wade is preceded in death by his wife of 33 years, Betty Landry; his parents, Wilman Sr. and Lena Landry; his brother, Wilman “Buster” Landry Jr.; and his nephew, Troy Landry.
Visitation will be from 6 to 9 p.m. today, Thursday, Jan. 30, 2014, at Hargrave Funeral Home with a rosary at 7 p.m. Visitation will resume Friday, Jan. 31, 2014, at Hargrave Funeral Home from 8 a.m. until 10:30 a.m. A Mass of Christian Burial will be conducted at St. Andrew Catholic Church in Amelia at 11 a.m. Friday Jan. 31, 2014. Wade will be laid to rest in the St. Andrew Cemetery.