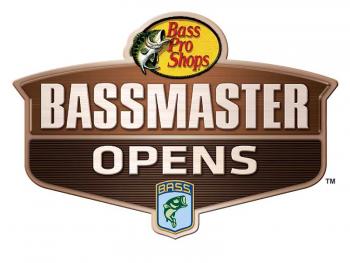 Because of heavy rains, major flooding and unsafe navigational waters in the Atchafalaya Basin, B.A.S.S. — working with local officials — has elected to reschedule the Bass Pro Shops Bassmaster Central Open to the fall.
The recent rains in southern Louisiana have been unseasonable and excessive. The event will not be able to be hosted in February because conditions have been deemed unsafe, and there will be no-wake zones throughout the Atchafalaya Basin.
Instead, it has been rescheduled for Oct. 27-29 and will become the final Central Open for 2016. Official practice will run Oct. 24-26.
“After discussion with local authorities on the magnitude of this weather event, anglers’ safety and empathy for those affected by these flood waters were the primary factors in B.A.S.S.’ decision to move the event,” B.A.S.S, Senior Tournament Manager Chris Bowes said in a news release.
Carrie Stansbury, executive director of the Cajun Coast Visitors and Convention Bureau, said, “Due to the high water and the safety concerns, it is in the best interest to reschedule the event to October. Everyone involved is very disappointed, but we look forward to rolling out the red carpet in October. The weather should be beautiful that time of year.”
“We are grateful for our partnership with the Cajun Coast Visitors and Convention Bureau,” Michael Mulone, B.A.S.S. director of event and tourism partnerships, said in a news release. “They notified us of the conditions and worked with us on a solution.”
Understanding that this may affect the ability for some anglers to compete, B.A.S.S. will offer a full refund of this event or the entire Bass Pro Shops Bassmaster Central Division.
The Atchafalaya Basin also is the host of the Carhartt Bassmaster College Series Central Regional, Feb. 25-27. At the moment, this event is still on schedule. Officials in Houma are monitoring the situation daily.