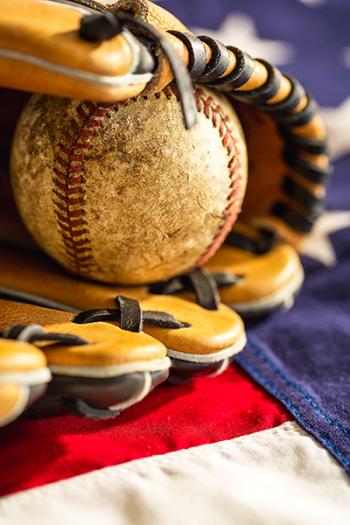 NEW YORK — Clayton Kershaw breezed through six perfectly easy innings against the worst-hitting team in baseball, facing an especially meek Mets lineup that made a no-hitter seem more likely than not.
Not long after the Dodgers’ left-hander realized that he was working on a perfect game to start the seventh inning, it was gone. Kershaw had to settle for a three-hit shutout, leading Los Angeles to a 3-0 victory against New York on Thursday night.
“Once the seventh inning rolls around, it’s time that it could be possible and didn’t last very long,” Kershaw said. “Not a whole lot of nerves. If you don’t do it, so what, but if you do, it’s pretty exciting.”
Kershaw (8-6) now has thrown 29 consecutive scoreless innings — 14 2-3 less than teammate Zack Greinke — and 11 career shutouts. He was perfect until Curtis Granderson lined a leadoff single in the seventh inning.
“Clayton is so competitive, in a healthy way, that he wants to show how good he is. And Zack, on the other end of it, doesn’t seem like, over the last couple years, he was really just wanting to go by the wayside, he was kind of showing all of us that he could pitch, too,” Dodgers manager Don Mattingly said.
The Mets were all but helpless against the three-time Cy Young Award winner. Kershaw struck out 11 and did not walk a batter. He has fanned 38 without a walk in his last three outings.
“He really didn’t miss over the middle of the plate tonight,” said Lucas Duda, who singled in the eighth and was picked off first.
Jimmy Rollins hit his ninth home run in the third inning for first-place Los Angeles and that was enough for Kershaw. He improved to 6-0 with 1.34 ERA in his career against the Mets. His career ERA against the Mets is the lowest of any pitcher to ever face them in at least eight starts, according to STATS.
Bartolo Colon (9-9) tossed eight innings and allowed five hits and one run.
The Dodgers tacked on two runs against relievers Sean Gilmartin and Carlos Torres in the ninth.
Kershaw threw his first no-hitter 13 months ago at Dodger Stadium against the Colorado Rockies.
The closest New York came to getting a runner in the first six innings came when Eric Campbell struck out in the fifth inning and the ball bounced away from the catcher. Yasmani Grandal quickly made an off-balanced throw to nip Campbell at first.
Kershaw got ahead 0-2 on Granderson leading off the seventh, but the Mets outfielder lined a clean single to right on the third pitch. Kershaw dipped his head, took a short walk behind the mound and proceeded to strike out the next batter, Ruben Tejada, swinging at a curveball.
The Mets came into the game with the lowest batting average in the major leagues at .235 and Thursday’s lineup was especially limited. New York had three starters, not including Colon, hitting under .200. The cleanup hitter John Mayberry started batting .170. In the five-hole, Campbell was batting .179.
On June 9, San Francisco rookie Chris Heston threw a no-hitter at Citi Field.
UP NEXT
Dodgers: Greinke was supposed to start Friday night against the Mets but his shutout streak is on hold while the Los Angeles Dodgers ace and his wife await the birth of their first child. He is approaching the big league record of 59 straight scoreless innings by Orel Hershiser in 1988 for the Dodgers. Manager Don Mattingly said before Thursday night’s game he hopes Greinke can be back from Los Angeles before the weekend series in New York is over. After the game the Dodgers said long reliever Ian Thomas (0-1, 5.23 ERA) will start Friday.
Mets: Jon Niese (5-8, 3.36 ERA) faces the Dodgers. There has been speculation that Los Angeles could be interested in acquiring the left-hander from New York in a trade.
TRAINER’S ROOM
Dodgers: LHP Brett Anderson, who left his last start in the third inning with an irritated Achilles’ tendon, is likely to be ready to start Sunday, Mattingly said.
Mets: LF Michael Cuddyer was re-examined by doctors and the Mets are hopeful that a switch in medication will help his aching left knee and keep him off the disabled list, manager Terry Collins said after the game. Cuddyer was not in the starting lineup for the 12th time in the last 19 games. ... 3B David Wright (back) will return to New York next week and begin baseball activities. He has been on the DL since April 15. ... C Travis d’Arnaud (elbow) was set to begin a minor league rehab assignment Thursday night but the game was rained out.
--By RALPH D. RUSSO
AP Sports Writer