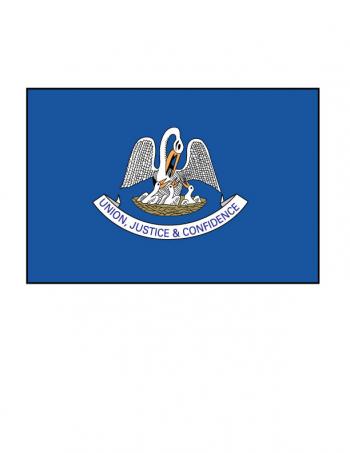 BATON ROUGE (AP) — The state’s top education board is being asked to consider changes to Louisiana’s complex formula for divvying up money to public schools and to steer new money to technical training courses and special education.
A task force looking at the formula, which is called the Minimum Foundation Program, or MFP, made its final recommendations Monday. The increases proposed by the task force would cost up to $15 million — and would depend on lawmakers agreeing to pay for them.
The state Board of Elementary and Secondary Education will consider the recommendations at its meeting next week.
“I have some work ahead to work this through,” said board member Jay Guillot, who also chaired the Minimum Foundation Program task force.
In addition to tweaks in spending on skills courses and special education, the task force suggested an inflationary boost to the $3.5 billion funding formula.
The Legislature paid for the $69 million increase this year as a one-time supplement for schools, but the task force wants the money rolled into the formula and continued annually, an idea that lawmakers have supported.
Parents of special education students have pushed lawmakers and BESE to rework the way dollars are spent on those students. Despite a task force recommendation for a modest increase on special education spending, that didn’t go far enough for advocates, who called for more overall restructuring.
“There’s still a lot of work to do,” said Shawn Fleming, deputy director of the Louisiana Developmental Disabilities Council.
The task force included lawmakers, representatives of business and education policy groups, teacher union officials, two BESE members, state Superintendent of Education John White and leaders of organizations representing school superintendents and school boards.
Members voted 12-2 for the recommendations, with the two union leaders opposed.
Among their objections, the unions wanted half of the $69 million inflationary increase to be required to pay for school employee salary increases, and they opposed a proposal to use formula money to pay for the Course Choice program.
Course Choice offers online course offerings, academic courses and skills training taught mainly by private organizations and universities, rather than public schools.
The Louisiana Supreme Court struck down a previous attempt to pay for Course Choice through the formula.
The task force recommended a new approach that would funnel money for Course Choice through the school systems and require a local school counselor and principal to determine whether students can take the outside classes.
The Louisiana Federation of Teachers and the Louisiana Association of Educators said they don’t believe the proposal is constitutional, because the funding formula was designed to pay for public schools, not private organizations that provide courses.
“It would be better if it were coming from a different stream of funding,” said LAE President Debbie Meaux.
Brigitte Nieland, representing the Louisiana Association of Business and Industry on the task force, said school districts spend formula money every day on contracts with private companies, as is proposed for Course Choice.