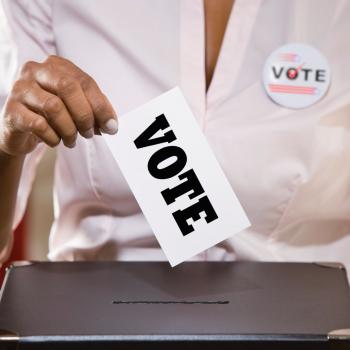 NEW ORLEANS (AP) — Republicans held on to two congressional seats in Louisiana on Saturday in runoff elections that marked the end of an improbable comeback try by former Democratic Gov. Edwin Edwards, who sought to overcome the stigma of having spent more than eight years in prison in a conservative, GOP-leaning district.
Edwards, 87, lost the Baton Rouge area's 6th District to Garret Graves, a Republican who most recently served as Gov. Bobby Jindal's coastal restoration chief.
"I have to admit that it's not unexpected," Edwards told the crowd during his Baton Rouge concession speech as his wife, Trina, stood next to him, holding their toddler son, Eli. "I was hoping for a better outcome."
He said he ran to help those who need a voice in government, including elderly people. "Like his father," he said, nodding toward his son and drawing laughs.
In northeast Louisiana's 5th District, Republican physician Ralph Abraham of Richland Parish defeated Monroe Mayor Jamie Mayo. Abraham succeeds Vance McAllister, a married Republican ousted by voters after video surfaced showing him kissing a woman other than his wife.
Edwards left prison in 2011 and was soon back in the public spotlight. He married for the third time to a woman five decades younger. They had a son and starred briefly in a reality TV series before he entered the 6th District race.
During the campaign he cast himself as a moderate Democrat and stressed his record of getting things done during a political career that included stints in the state Legislature, Congress and an unprecedented four terms as governor. He campaigned heavily on the need for infrastructure to improve traffic congestion in the Baton Rouge area.
Despite the conservative nature of the district, Edwards didn't run to the right, as evidenced in the only debate the two had leading into the runoff. Graves spent part that debate complaining that federal regulations are impeding businesses with high costs and red tape, declaring, "We've got to get the government out of our lives.
"If there was no government, kids would still be working in coal mines," Edwards countered as he made a case for regulation and a minimum wage hike. "If there was no government, people would still be working 80 hours per week to try to make a living."
Edwards placed first in the Nov. 4 open election, in which all candidates run on one ballot regardless of party. But GOP support that was divided in that race was expected to coalesce Saturday behind Graves.
It was a similar situation in the 5th district, where Mayo finished first in November but was seen as a longshot in Saturday's runoff against Abraham.
Abraham blasted Obama's health care overhaul during the campaign and struck other reliably conservative positions, including opposition to a federal minimum wage hike.
Mayo stressed his record as Monroe's mayor for 13 years, boasting of a $14 million city surplus as proof of his fiscal responsibility. He said the health care law should be improved, not repealed and said a minimum wage hike is needed in the 5th District.