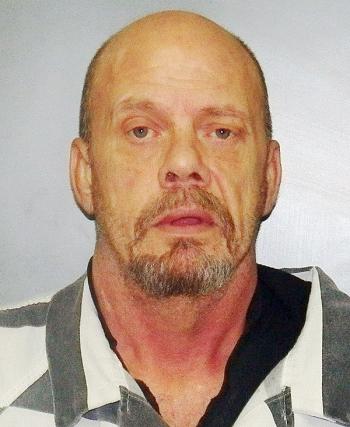 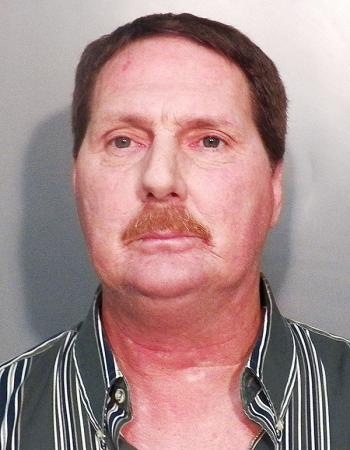 A 52-year-old Texas man, who had been featured in The Daily Review’s Most Wanted edition, was charged Monday in a theft case in Morgan City from December 2013, Morgan City Assistant Police Chief Mark Griffin Jr. said in a news release.
—Mitchell Freeman, 52, of Austin, Texas, was arrested at 7:44 a.m. Monday on a warrant for bank fraud by theft of $4,800 and a warrant for forgery.
On Dec. 6, 2013, Morgan City police detectives began an investigation into a theft that was reported from a La. 182 business, Griffin said. Detectives uncovered evidence which indicated that someone had committed the theft of several blank checks from the business, Griffin said.
Detectives learned that one of the stolen checks had been cashed at a bank in return for $4,800 in cash, Griffin said. Detectives were able to identify Freeman as the suspect during the investigation using video-taped surveillance, Griffin said.
Freeman was ultimately located in Evansville, Indiana, and was arrested, Griffin said. He was transported back to Morgan City after signing a waiver of extradition and booked into the Morgan City Jail where he remains with no bail set.
Griffin reported the following arrests:
—Rene P. Cothron, 50, of Clark Street in Morgan City, was arrested at 11:33 p.m. Monday for hit and run driving, possession of Schedule III Suboxone, and on a St. Mary Parish Sheriff’s Office warrant for issuing worthless checks.
Officers were dispatched to the area of the U.S. 90 overpass in regards to a possible vehicle crash. Officers located a vehicle which evidence indicated had struck the bridge and then became disabled, Griffin said. The vehicle was found unoccupied, and the driver was not located. The vehicle was removed from the bridge by a wrecker service, Griffin said.
Officers were dispatched later to a La. 182 lounge in regards to a person who admitted to workers that he had struck something with his vehicle and had fled the scene, Griffin said. The person admitted that the police were probably looking for him, Griffin said.
A concerned citizen reported the person to police, and officers were able to locate the owner and driver of the vehicle and identified him as Cothron, Griffin said. He was also found to be in possession of a Suboxone, Griffin said. He was jailed.
St. Mary Parish Sheriff Mark Hebert reported responding to 35 complaints in the parish and reported the following arrest relating to east St. Mary Parish:
—Randolph Wayman, 28, of the 100 block of Mill Lane in Patterson, was arrested at 8:07 p.m. Monday on a warrant for theft of goods. During booking at the St. Mary Parish Law Enforcement Center, a jailer identified Wayman as having an active warrant for his arrest. The warrant stems from an investigation into a complaint of shoplifting at a store in Bayou Vista. Wayman was seen on video surveillance taking an item from the business without paying for it, Hebert said. No bail is set.
Franklin Police Chief Sabria McGuire reported the following arrest relating to east St. Mary Parish:
—Lazin McDaniel, 38, of Verdun Lane in Verdunville, was arrested at 7:38 p.m. Monday on a warrant charging him with disturbing the peace by loud and abusive language. McDaniel was released on $250 bail.
Berwick Police Chief James Richard reported no arrests.
Patterson Police Chief Patrick LaSalle reported no arrests.