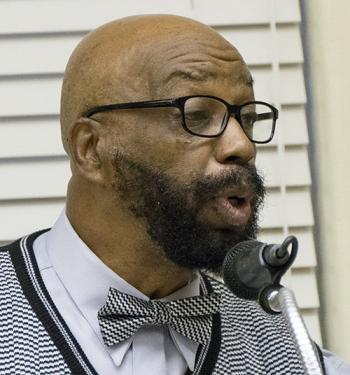 Whether or not the community is concerned about crime in parts of Franklin was a subject of contention between a resident and the mayor.
Rev. Ivory Williams told the mayor and council Tuesday that, “I’m here because I don’t want to see anyone hurt or killed.”
He said the Franklin Police Department needs “a lot more training. We find that unnecessary force is being used...one just happened at (a local parade.)”
Mayor Raymond Harris Jr. said he has not received any complaints of that nature. “You’re bringing an accusation and I’m asking you to substantiate it,” he said. “I’m hearing it from you, and I haven’t had any calls.”
Council members said they have not received complaints either.
“You’re not going to tell me you haven’t heard,” Williams said.
“Ivory, you’re not going to tell me what I’m going to say,” Harris replied. “Let’s keep this on a respectable level.”
Williams said there were two murders in the city and no word about the investigation was given. He asked the mayor and council to “check on what’s going on in the city.”
“If there was a bunch of civil unrest in the community this place would be packed tonight,” Harris said. “We’re not having those problems. Nobody’s approached us, so I can’t see how it’s the problem you say it is.”
Councilman Eugene Foulcard said he has received calls about smashed car windows and break-ins. Foulcard said “there’s folks in the community that know what happed.”
Foulcard said “a ton of guns out in the community” is also a major problem. “I pray to God we can eradicate some of these guns on the streets. Let the police department know. Come to me and tell me.”
Williams said “people are afraid to come here.”
Harris denied that, saying he has an open-door police and that he receives many complaints and comments from the public. “I don’t think I’m an intimidating figure,” he said.
“It’s looks like whatever the (police) chief does is all right with you,” Williams said.
Harris insisted that the police chief is completely accountable to him, and he backs her “one hundred percent, unapologetically…all this hearsay, we’re not going to sit here with that all night.”
Williams also accused law enforcement of abuse of an elderly woman.
He also complained about the condition of city streets; Harris replied that the city has rehabilitated many streets, but with the current state of the economy, there isn’t money available for current projects.
Williams also asked about the safety of the water system. Harris said very old lines in the city require more frequent flushing, and replacement of those lines would be a $30 million project, funds not available at present. He said the water is safe, and citizens can call if problems are noted.
In other business:
—The council ordered a 30-day period for demolition of a property at 322 Talbot St.
—Councilman Chuck Autin urged city residents to check street lights, and if they are not working, to take down the number on a yellow tag on the post and report it by calling 1-800-622-6537.
—Harris said public works assistant director Belva Notto will retire after 28 years with the city, but she will continue to work with the Christmas decorating initiative.