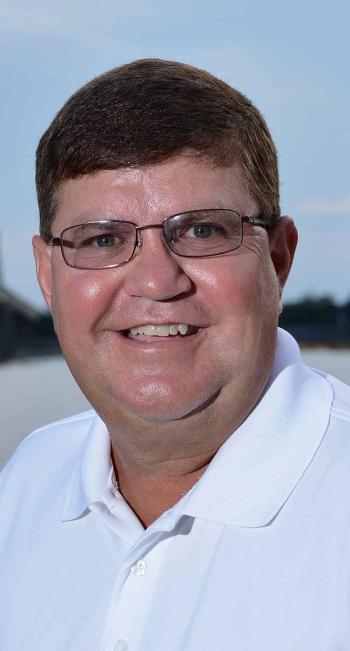 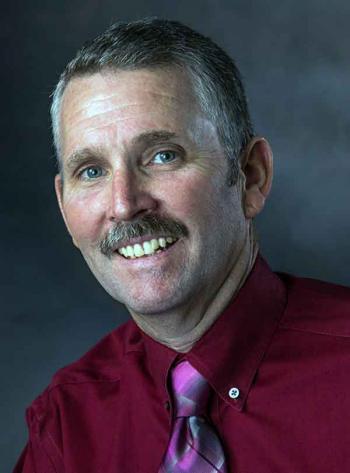 Providing a climate conducive to bringing more housing and businesses to Morgan City is among the challenges Morgan City leaders are facing, say two retired longtime firefighters and city council candidates.
Dean Adams and Mark Stephens are running for the District 2 Council seat to replace Barry Dufrene, who didn’t seek re-election. Adams, 53, and Stephens, 51, are both retired firefighters. Adams served over 25 years with the department, while Stephens worked for the department 29 years.
Both served in the capacity of assistant chief, and Stephens also served as substitute chief.
District 2 includes areas from Front Street to Railroad Avenue, Onstead to Front, Onstead to Federal Avenue, and sections of Belanger and Marguerite streets. The district extends across La. 182 and covers a small area by Cannata’s Market.
Adams said the biggest complaint he gets from people within the district is about blighted property, most of which are rental homes or old houses.
“It’s a long process to get something done,” Adams said.
In order to expedite the process for the city to be able to clean up blighted property, officials would have to “redo some ordinances to help try to get neighborhoods back to where they need to be,” Adams said.
Stephens said more housing is definitely needed in the city, and he’s interested in a couple different ideas that have been presented. Many people in surrounding parishes work here but don’t live here because of lack of housing, he said.
The city would first have to finish raising levees and get them certified by FEMA for flood insurance purposes before starting on any new developments, Stephens said.
Stephens mentioned two ideas to bring more people into the parish, including an idea Parish Economic Development Director Frank Fink worked on to create a type of entertainment district in Morgan City called Tigre Isle near Lake Palourde.
Stephens spoke of Parish Councilman Gabriel Beadle’s idea to create a type of urban development, similar to Perkins Rowe, to provide an area for housing or condominiums overlooking the lake and shops, restaurants and entertainment nearby.
Adams said there are rental homes available due to the downturn in the economy. But unless the economy turns around, Adams doesn’t expect people to “build a bunch of new houses” with major layoffs at local companies.
Both Adams and Stephens interacted with city officials often in their firefighting careers, which they say will help them on the council.
As assistant fire chief, Adams was responsible for personnel, equipment, coordinating response to fire scenes and emergencies and helping to maintain the city fire rating, which takes the work of everyone in the department.
In 1992, Adams and the fire department learned a lot during Hurricane Andrew, which included boarding up their stations, keeping a three- or four-day supply of essentials, he said.
After that experience, the fire department was extremely prepared and had access to get necessary equipment, Adams said.
Stephens strove to help businesses meet state fire marshal building standards, and sees one of the fire department’s duties as to foster economic development by ensuring businesses are able to open and do so safely.
Stephens also worked closely with the city’s planning and zoning department. He retired in 2015.
Stephens said he understands how the city’s budget functions, having been in charge of a budget when he served as substitute fire chief for six months.
Morgan City leaders have controlled expenses by not raising taxes, which is a positive for residents, Stephens said.
Adams said that since Mayor Frank “Boo” Grizzaffi took office in 2013, “he has streamlined some of the spending for the city.” City leaders have been able to eliminate some positions through attrition, while privatizing certain services, which saved the city expenses such as overtime pay, Adams said.
The parish has made efforts to reduce millage rates for property taxes, which is a good way to get businesses to move here, Stephens said.
Adams also worked with many different city departments in his time with the fire department, including the police, electrical, gas and water departments, he said. He said he had a good relationship with city employees.
Since his retirement in 2010, Adams became a member of the city recreation commission. Recreation in the city has changed a lot over the years with not as much participation in youth sports.
But Adams and others are trying to get more kids involved, and encourage more adults to volunteer to coach and help with youth sports.
One positive thing for recreation in the city is that Lawrence Park is now being used more frequently, Adams said.
During the past four years, city officials have taken the initiative to repair streets and drainage as needed throughout the city, Adams said.
City officials should make sure legislators continue to push for the extension of I-49 through Morgan City from Lafayette to New Orleans, Stephens said. Though progress has been made on the I-49 project in west St. Mary Parish, the project has been a long time in the making and has a long way to go, he said.
Diversification into different types of manufacturing is important to improve the economy. The area has lost a lot of oil and gas industry business in the past 40 years, Stephens said.
“The days of shallow water oil’s over with,” Stephens said.