How NFL determines who works postseason 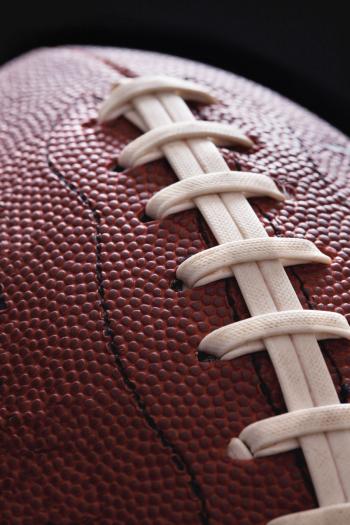 Echoes of replacement refs.
One item in the labor agreement the NFL struck with its game officials in 2012 after the lockout called for “all-star” crews working the postseason.
The NFL Referees Association insisted on it. The league was so eager to get the regulars back on the field after the replacement officials debacle that it agreed.
After the uproar surrounding one specific non-call in the Detroit-Dallas wild-card game Sunday — and other calls made or ignored over the weekend — lots of people are wondering why the NFL gave in.
Generally, before 2004 the highest-rated full crews worked playoff games and the Super Bowl. That changed to a hybrid system in ‘04 that allowed for eliminating lower-rated officials on some crews from working the postseason.
Moving to the current “all-star” approach allows for officials rated highest at each position by supervisors to get the premium assignments. But it also can rob the crews working the critical January and February games of the cohesion developed through a full preseason and regular season.
Regardless, until the CBA with the officials’ union runs out after next year’s postseason, the “all-star” format is in effect.
So how are these officials evaluated?
—Officiating supervisors rate performances of on-field referees, umpires, linesmen and judges every week on every play. All of the supervisors are former on-field officials.
The crewmembers get to see those weekly reports.
—Officials get an accuracy percentage on their calls for the entire season, “which takes into account the calls made and missed, and calls that should have been made,” says Dean Blandino, director of NFL officiating.
—Then the officials are grouped into three tiers based on that accuracy percentage of their calls. Those in Tier 1 are eligible for playoff assignments, including the Super Bowl and the conference championships.
Those in Tier 2 will “fill in the blanks” and handle some of the other playoff games.
If an official is in Tier 3, he gets no postseason assignments and “could be up for employment review,” Blandino says.
Seniority is not taken into account.
—Once placed in a tier, the officials are divided up based on other criteria. That includes decisiveness, clarity of explanations, control of the game, physical fitness, and several other categories.
The officials who rate best overall are chosen to work the postseason.
—No crew will work more than two games. The Super Bowl crew will handle one of this weekend’s games, meaning that Pete Morelli’s group that worked the Lions-Cowboys contest will not do the big game.
“For the Super Bowl crew, we want them to work one game, and the divisional round is best,” Blandino says. “It’s not that long a break after the season or before the Super Bowl. It fits right in the middle.”
Often, several of the officiating crew members will have worked a game or more during the regular season, perhaps even much of the schedule. For Lions-Cowboys, Blandino says four of the officials had been at the same regular-season game, but none had worked with Morelli in 2014.
As for which particular games the crews get in the first two rounds of the playoffs, Blandino says the NFL will “look at the matchups and the two teams and tendencies, and then look at the officials and if they fit for certain matchups.”
Could the assignment system be changed once the CBA with the officials’ union concludes?
“It’s definitely something to look at after the 2015 season,” Blandino says, “but at this point there is no strong opinion one way or the other.”