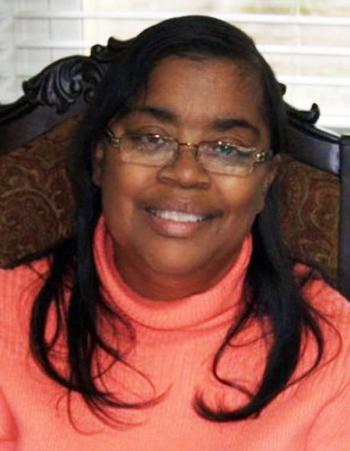 Mary Nell Johnson-Allen, 50, a native of Berwick and resident of Patterson, passed away Sunday, Dec. 27, 2015, at 3:57 a.m. at her residence in Patterson.
Visitation will be observed Saturday at the Good Hope Baptist Church, 908 Washington St. in Patterson, from 8 a.m. until funeral services at 11 a.m., with Minister Patrick Jones Sr. officiating. Burial will follow funeral services in the Berwick Cemetery in Berwick.
She is survived by her husband, Douglas J. Allen of Patterson; one son, Larry Griffin III of Patterson; one daughter, Quanisha Drew of Houston; four brothers, Warner Johnson of Berwick, Charles Johnson of Morgan City, Lawrence Johnson of Patterson and Horace Johnson of Lafayette; four sisters, Maggie Milton of Loreauville, Debbie A. Johnson of Patterson, and Geraldine LaGarde and Linda M. Strawder, both of Berwick; and host of nieces, nephews and other relatives and friends.
She was preceded in death by her parents, three brothers, one sister and a nephew.
Jones Funeral Home of Morgan City, Franklin, Jeanerette and Houma is in charge of arrangements. Visit www.jones-funeral-home.com to send condolences to family.